From Sunday 8 October, museum Voorlinden will be exhibiting the work of Swedish artist Michael Johansson (1975). His methodology is one of collecting, organizing, stacking and puzzling. The everyday objects that he brings together are given new form and context in his sculptures and installations. 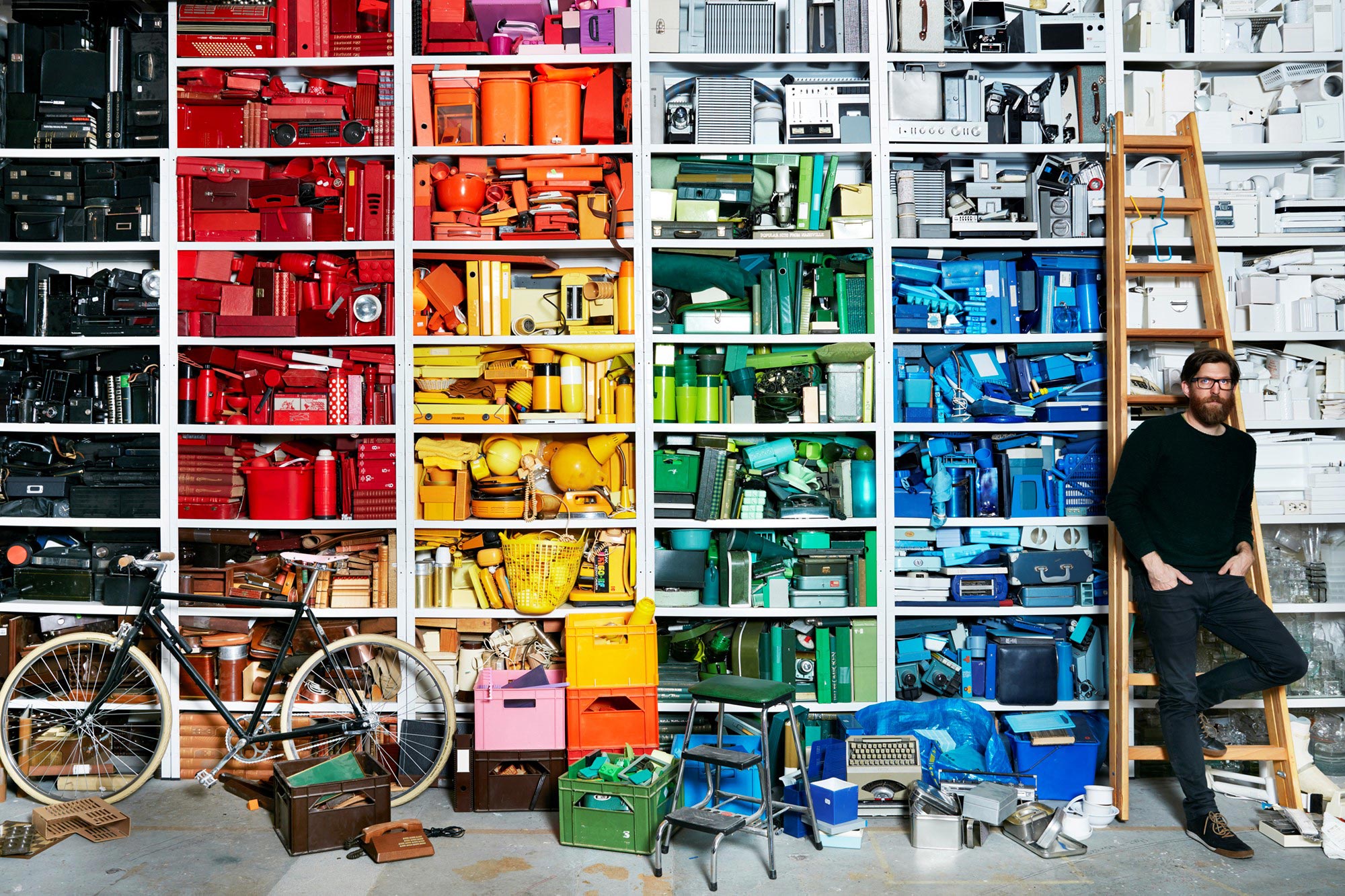 In his playful artworks, Michael Johansson uses commonplace, often second-hand objects. He combs through jumble sales and second-hand shops for old televisions, transistor radios, video recorders and other equipment and items to collect. He then organizes them by colour and brings them together in one new object. His artworks are often described as ‘real-life tetris’. He constructs these sculptures not only for museum exhibitions around the world, but also in public spaces, such as alleys or doorways.

In his work, Michael Johansson is inspired by coincidences in everyday life, such as the same colours and patterns in objects, two people passing each other wearing the same outfit or a parking garage full of red cars. During his visits to flea markets, he is fascinated by the possibility of coming across duplicate or nearly identical objects. His artistic practice focusses on the same principle: the need to combine recognisable objects and, in doing so, creating something unique. 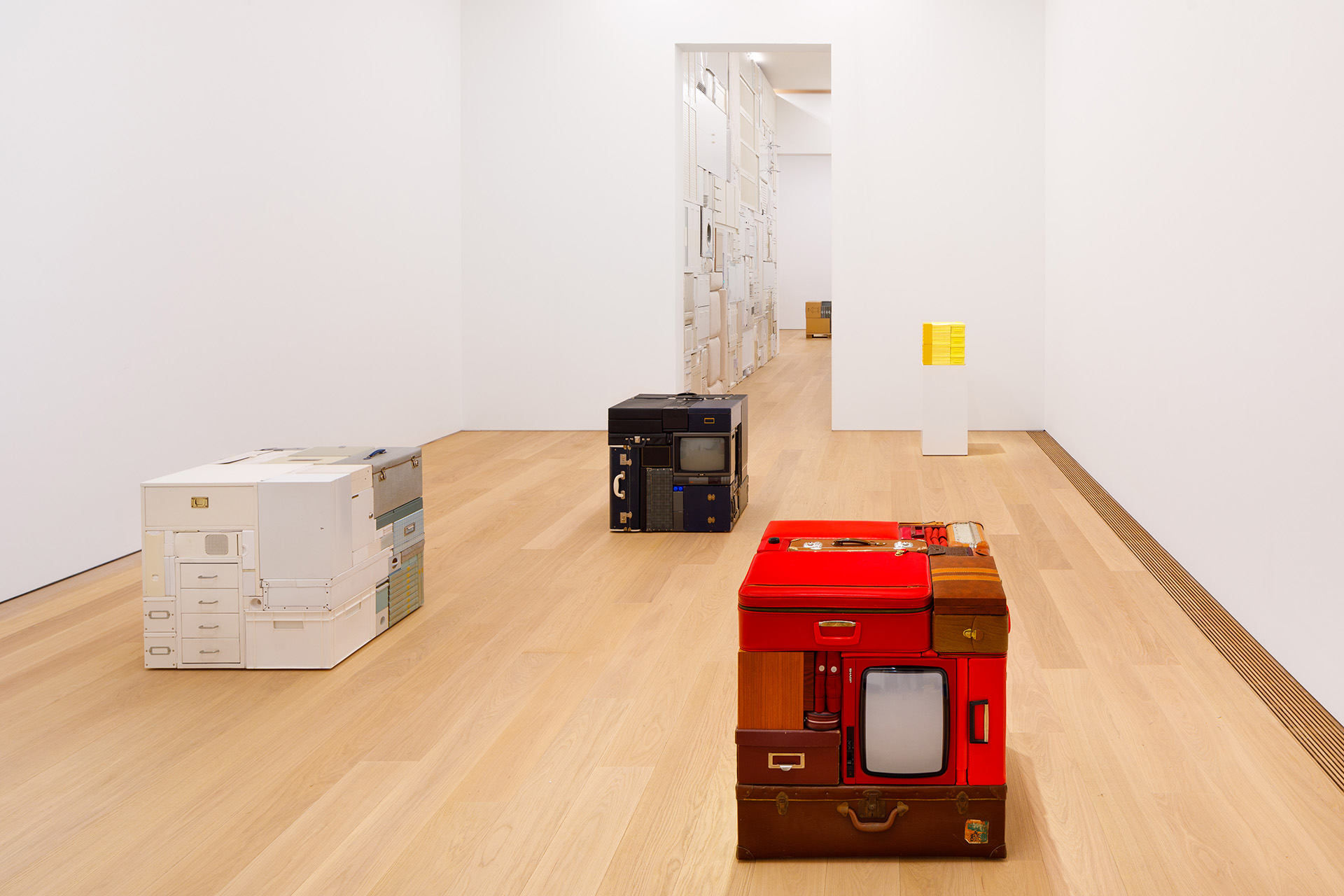 In addition to a number of existing works, the museum showcases a forty-square-meter, site-specific work, created especially for this exhibition. For this project, team Voorlinden put themselves in Michael Johansson’s shoes and collected all kinds of objects, which hewill use to create a new, wall-to-wall artwork. Besides work in the cabinets, visitors will be surprised by the artist at unexpected locations in and around the museum. 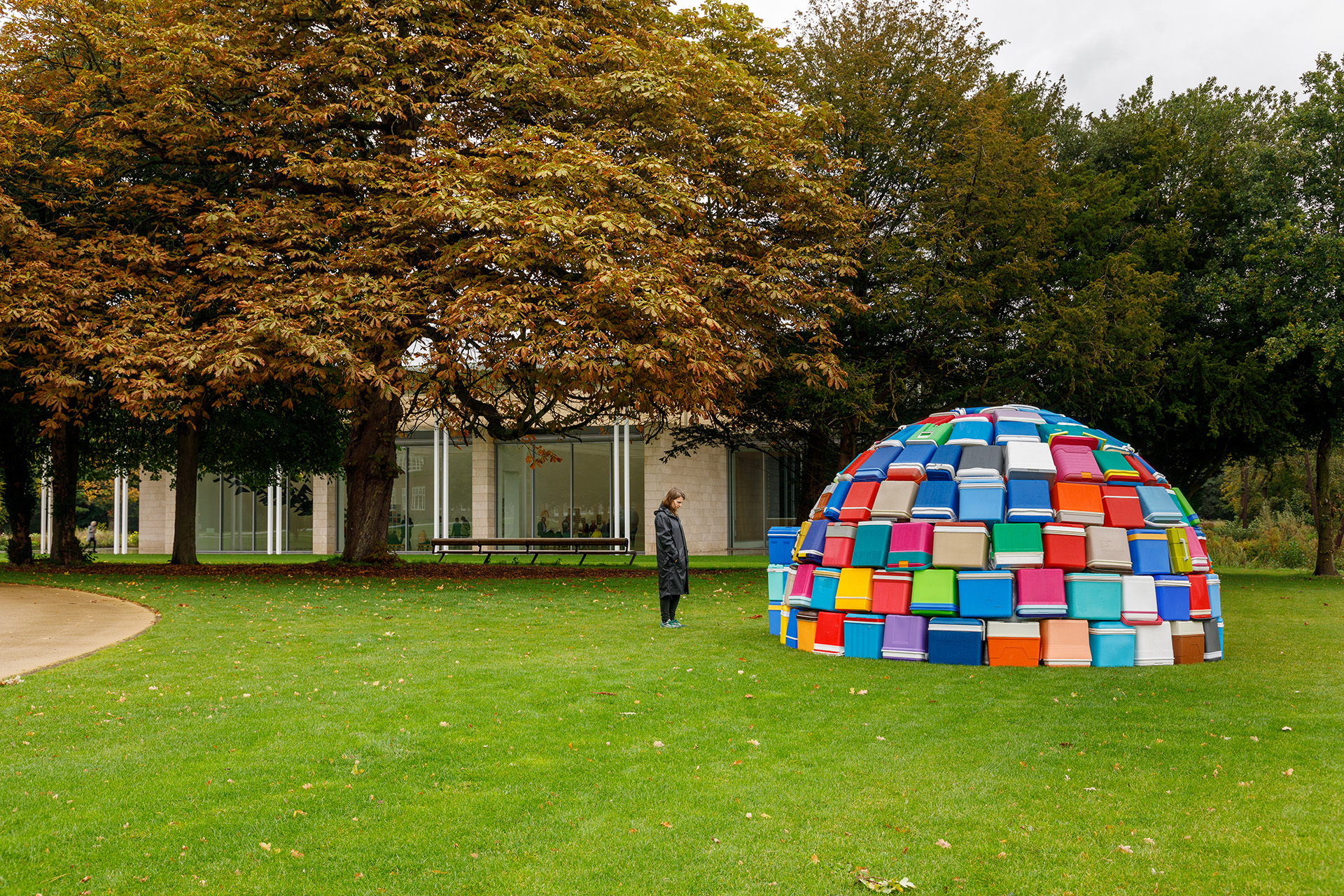 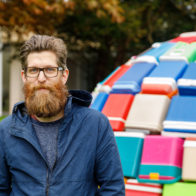 Michael Johansson (1975) was born in Trollhättan and lives and works in Malmö, Sweden.

‘Michael Johansson collects histories, as it were: the objects that he uses were once acquired and discarded by someone, and they already have a life behind them. He gives them a second life. Collecting and organizing objects captures people’s imagination. We all try to bring a certain amount of order to the world around us.’