Permanent works within the museum

The artworks on permanent display in museum Voorlinden cannot be described – one must undergo them. 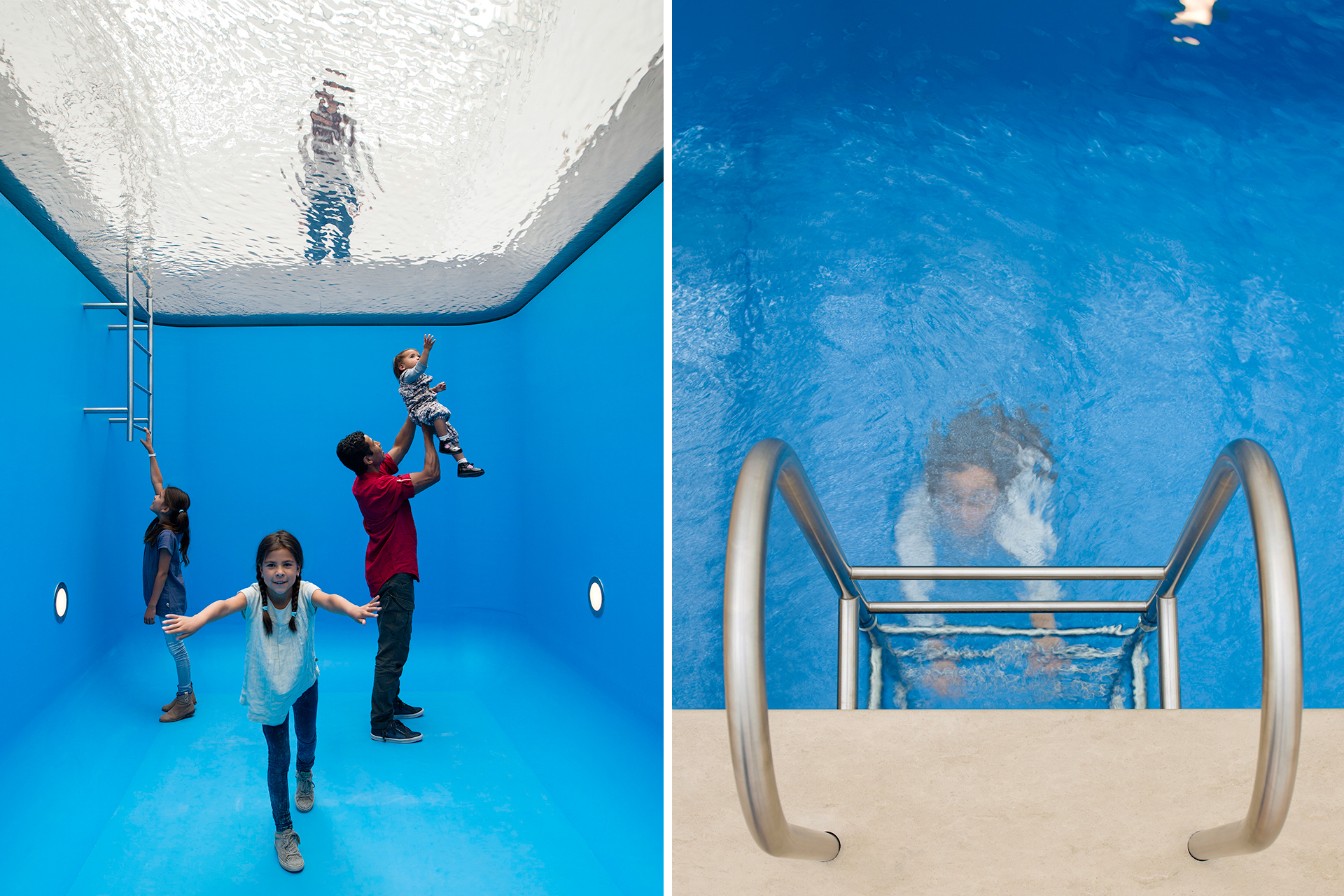 Leandro Erlich designed his Swimming Pool especially for Voorlinden. He gave his work all the characteristics of a real swimming pool, including the recognizable pool blue on the walls, the typical lamps and even a real stairway through which you seem to be able to descend. And yet as a visitor you can walk on the bottom without getting wet. Leandro frequently plays with the eye. He transforms everyday spaces into absurd situations, to creating an experience that makes the viewer think about the reality around him. The work only really functions in its use by the public. Without people, according to the artist, the work is not complete. 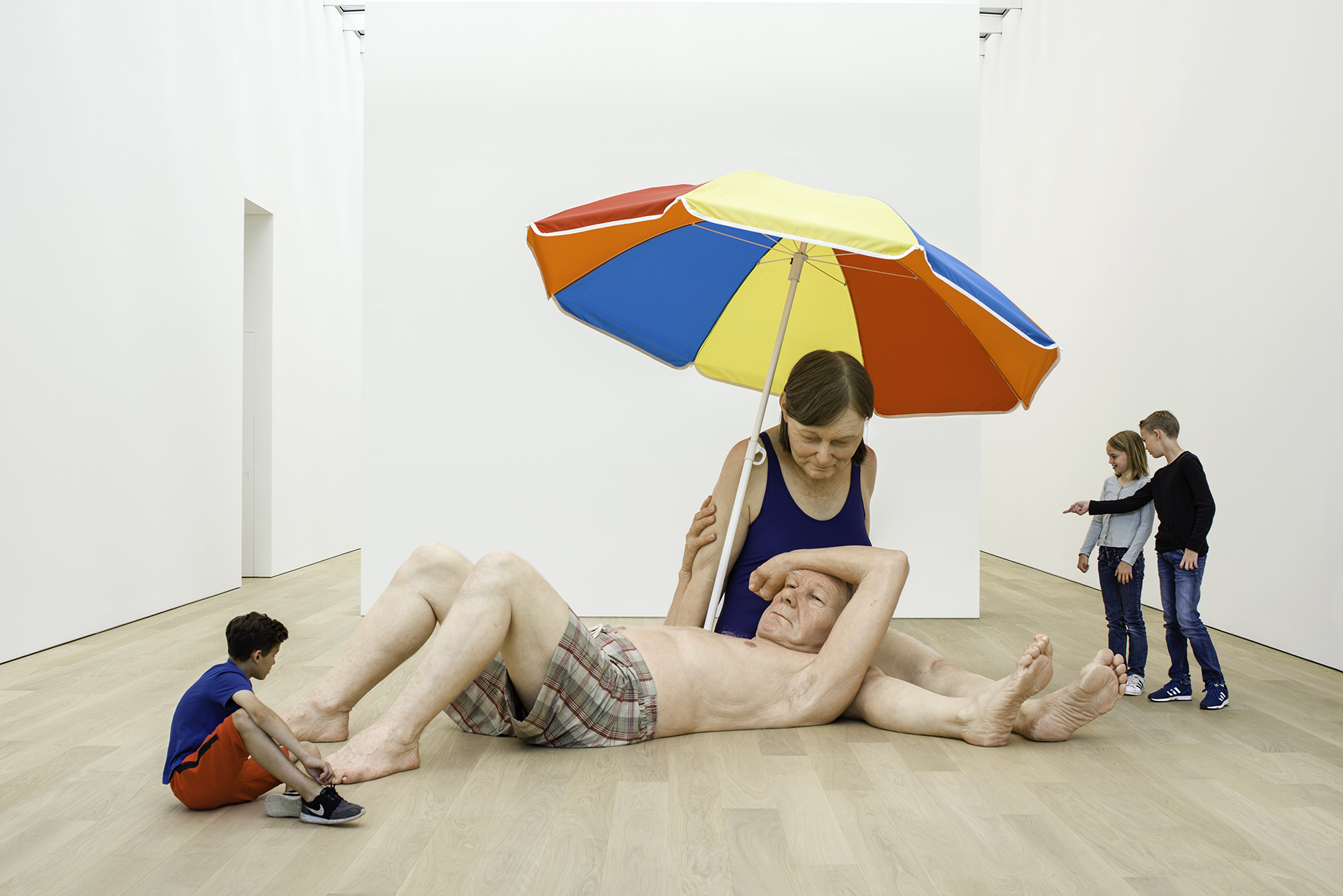 Couple under an Umbrella

Ron Mueck makes hyper-realistic human figures that he creates on the smallest detail. They seem to be flesh and blood, but because of their scale, they are not from our world. The artist depicts the ordinary man, who is exactly twice as big as we are. 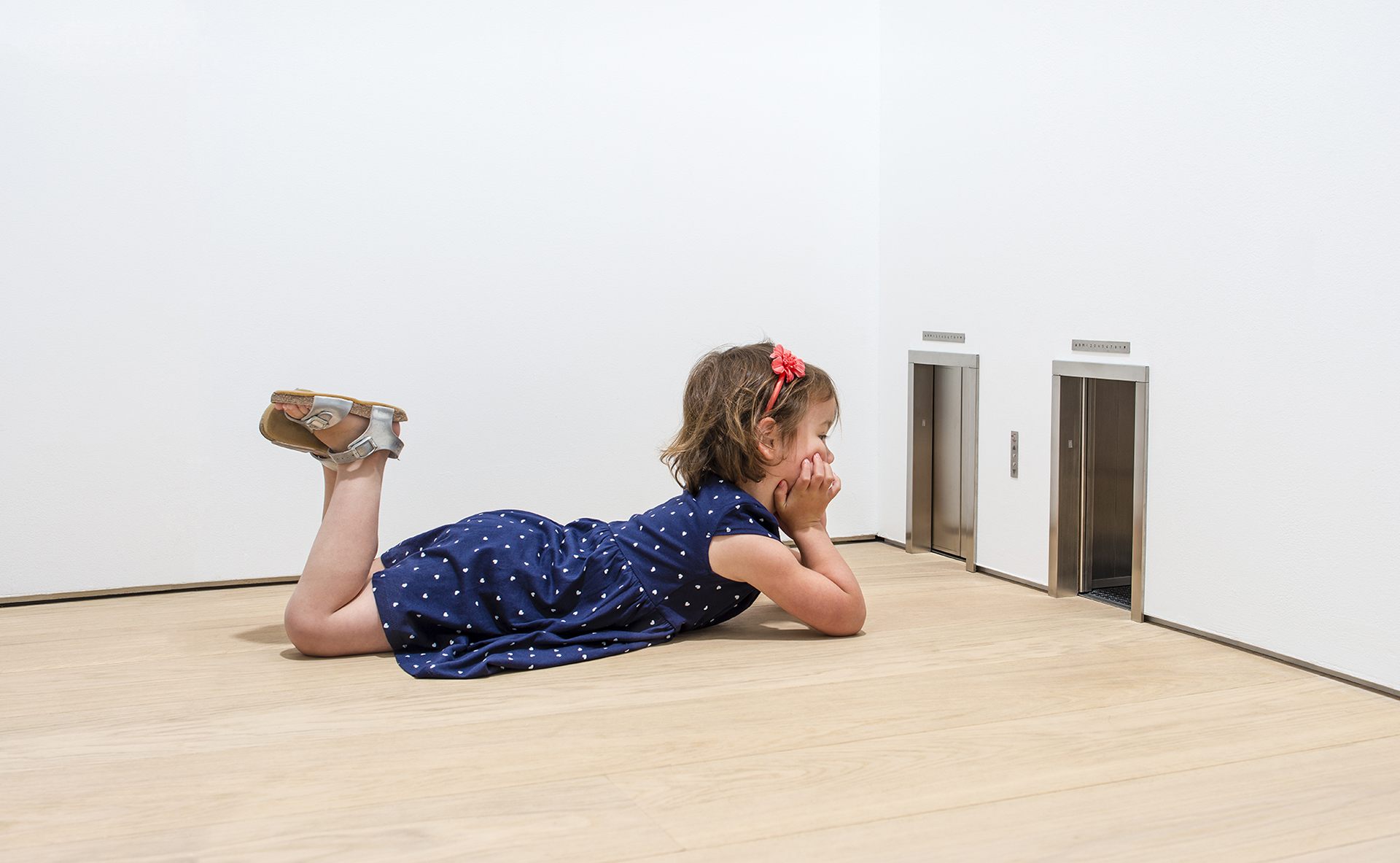 The museum has in built-in elevator that comes up just a little bit higher than a grown-up’s ankle, on a scale of 1:7.5. The lift cabin disappears to an unknown destination in a building that does not have any storeys. Maurizio plays a game of copying and scaling, which allows the spectator to look at reality from a different point of view. The moment of recognition is immediately followed by the feeling of alienation, which is exactly what the artist is aiming for. 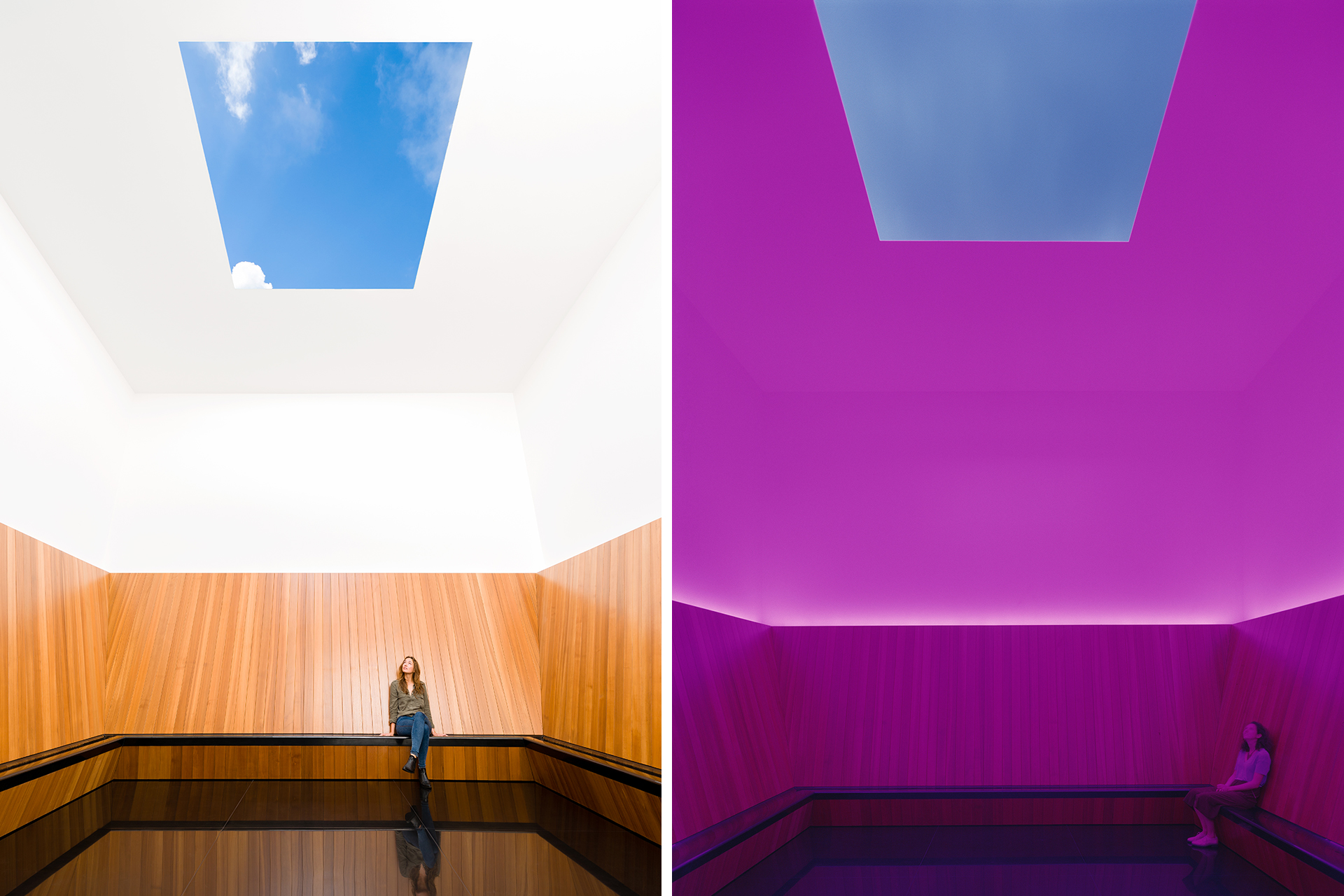 James Turrell’s Skyspace is currently not open to visitors due to crowd control measures.

James Turrell designed a Skyspace especially for museum Voorlinden. It consists of a space with a square hole in the roof, through which the viewer looks directly upwards and sees the air as never before. In creating this Skyspace, Turrell composed a light program which is adapted to the dusk in Wassenaar. The soft natural light is in contrast with the bright, almost palpable colours of the lamps of the Skyspace. The effect is breathtaking. In the case of rain or snow the Skyspace will be temporarily closed to prevent slipping. 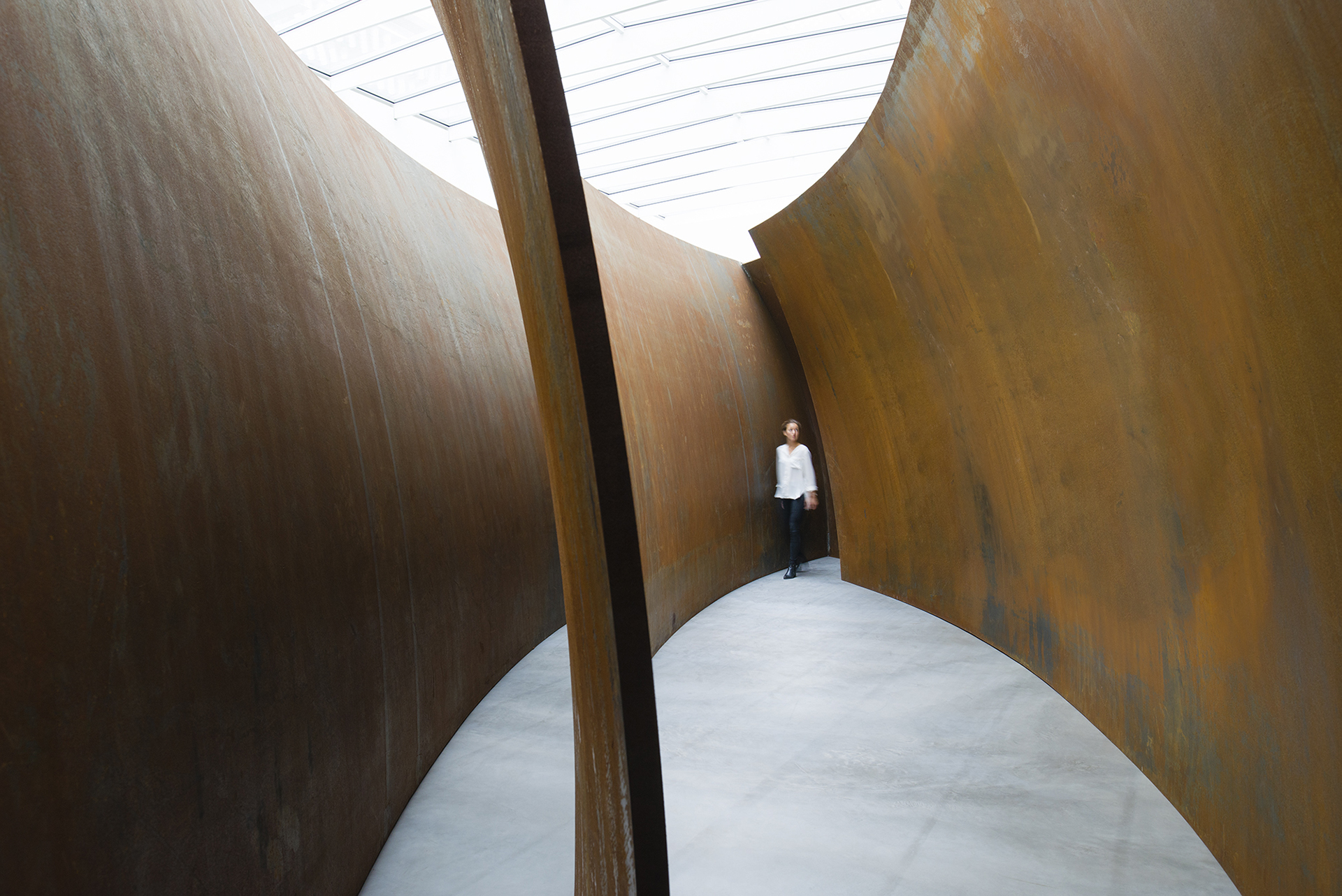 The sculpture Open Ended by the American artist Richard Serra weighs almost 216 tonnes. The corten steel work is 4 metres high, 18 metres long and 7 metres wide. This is a piece full of contrasts: both heavy and elegant, industrial and organic, stately and playful, convex and concave. Six vaulted steel plates moulded together form a maze. Open Ended is a work best experienced by walking through it. 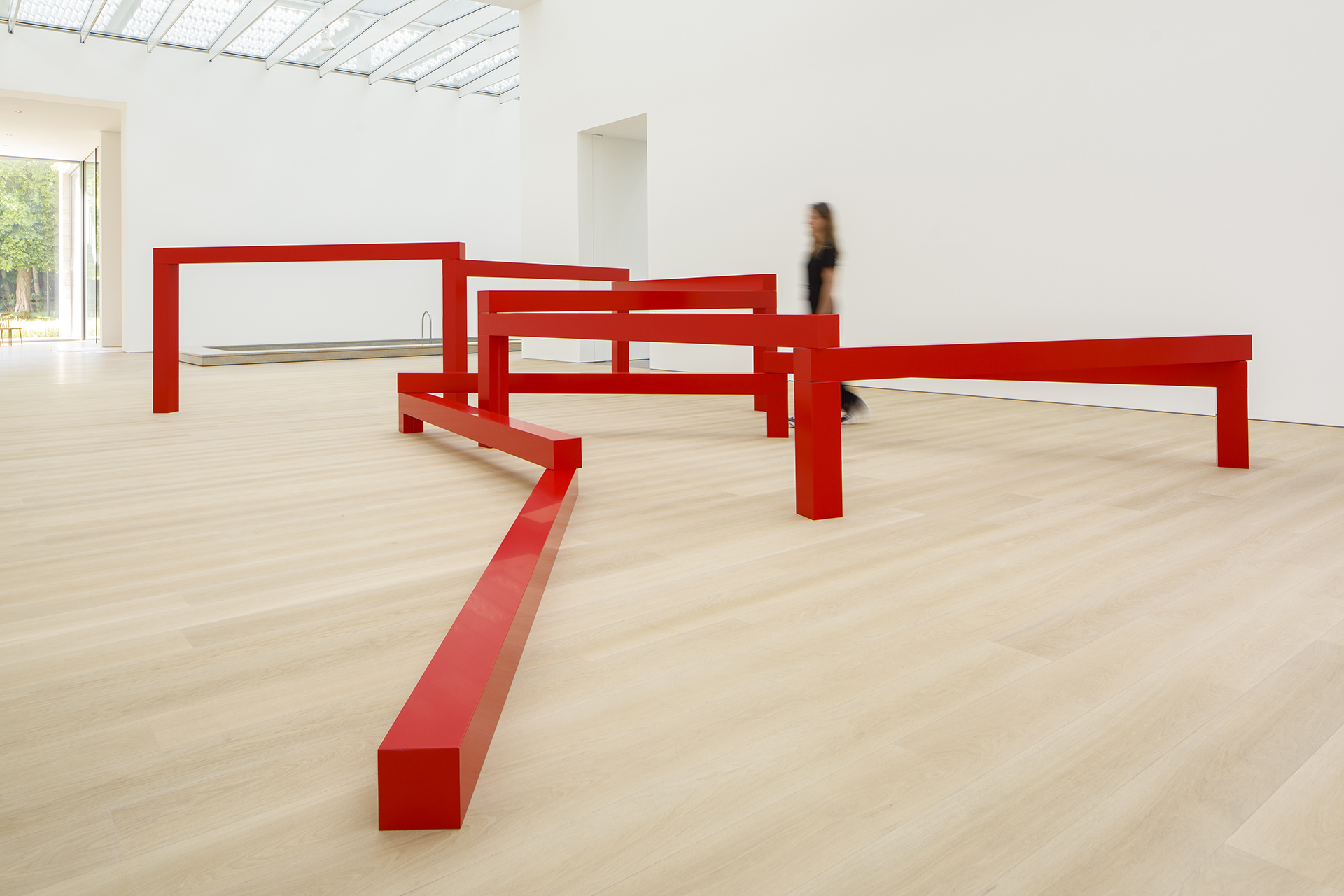 In the work of François Morellet (1926-2016, France) lines and angles meet each other. He based the position of the red painted steel beams on the decimals of the number π. The result is a rectangular interplay of lines, which seems spontaneous, but is in fact carefully composed. The horizontal and vertical black lines on the wall also, according to the title, engage in a ruthless confrontation. 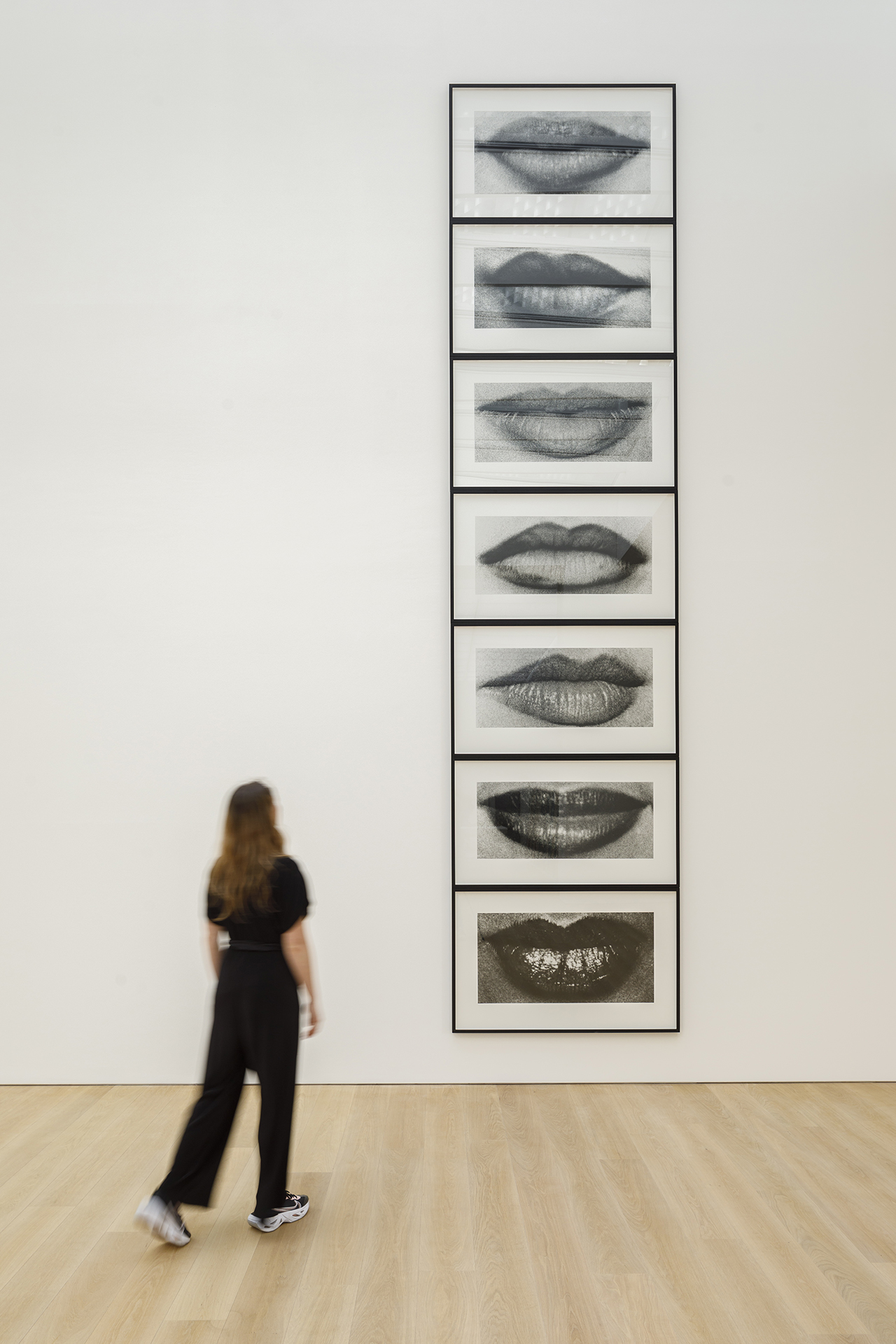 Sam Samore (1963, United States) looks beyond the first glance. He searches for alienation: the size, graininess and repetition transform these seven mouths into abstract forms. At the same time, the lips each tell their own story. They make us curious about the accompanying faces, expressions and thoughts.