From 11 September onwards P E R I O D (2019) by Fiona Banner will be on display. This space-filling installation shows an enormous ship fender surrounded by paintings of seascapes. The ships in these scenes are covered by large black dots from various fonts. With this work, the artist expresses her fascination with language and communication.

For Fiona, the full stop symbolises the current crisis in language and communication. Facts are becoming increasingly subordinate to opinions and emotions. It appears possible for multiple truths to co-exist side by side. Slowly but surely, words are losing their powers of expression. 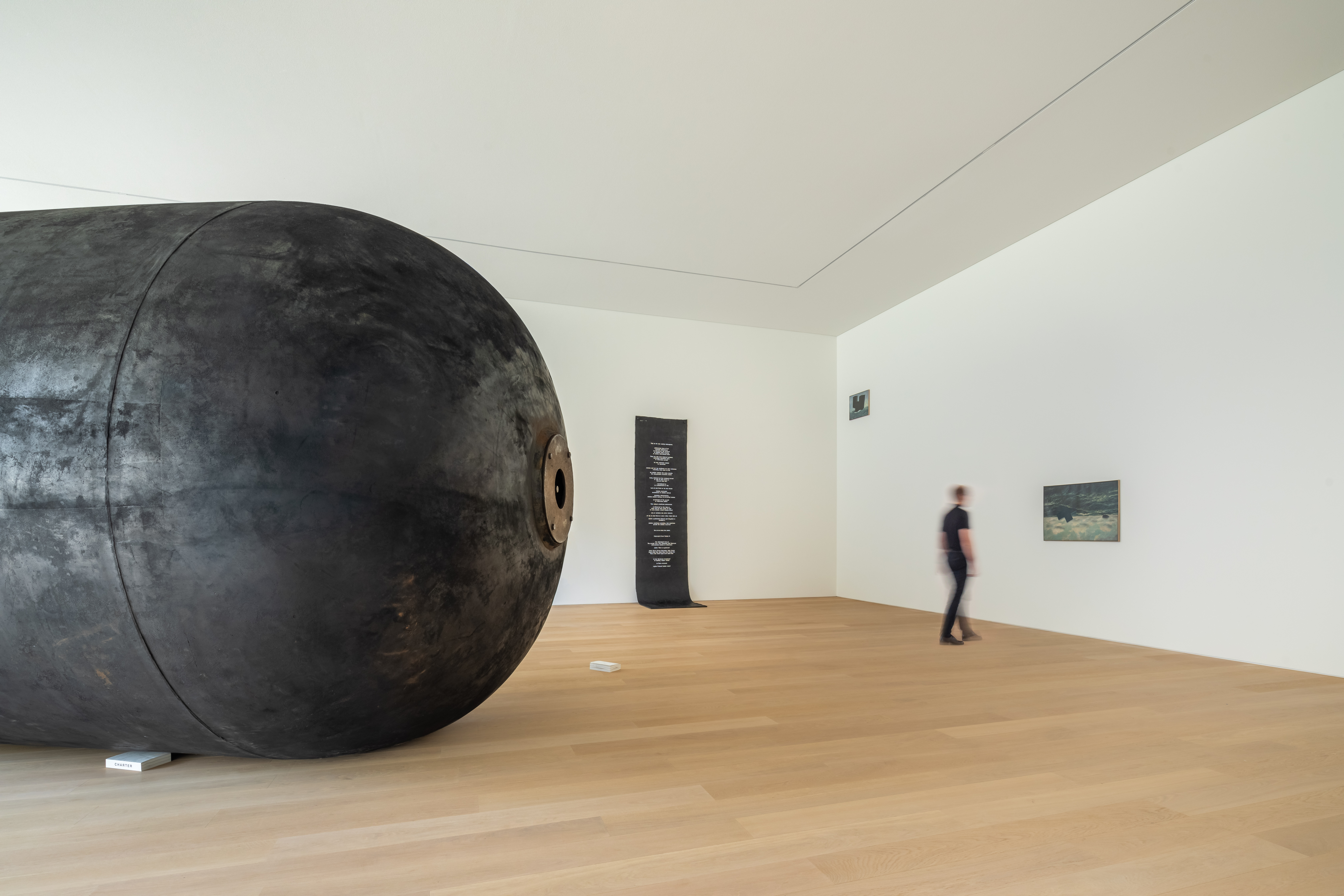 The full stop creates an intermediate space – as do maritime fenders, which are intended to absorb the impact when a ship collides with the quay wall or another vessel. The sea comprises another such in-between space. The water shown in the paintings represents the Channel that separates the islands of the United Kingdom from Europe. That body of water not only connects Britain and Europe but can also be viewed as a barrier between them, especially since the Brexit was announced. Fiona sees how others attempt to surmount that obstacle: her studio overlooks a beach where migrants frequently arrive. In that sense, P E R I O D depicts both an uncertain present and an unknown future. 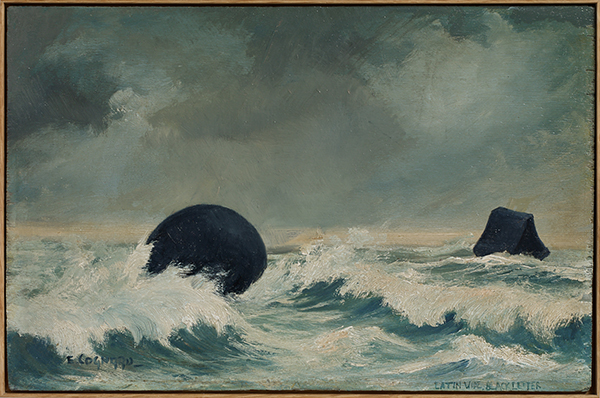