As part of the collection exhibition Momentum, museum Voorlinden is displaying a selection of works by Tamara Dees (1971) in the treasury of the museum. With her modern sea themed works she makes us aware of how big the world is and how insignificant we are as human beings.

This selection of works can be viewed by appointment or during a guided tour until 3 May 2020. 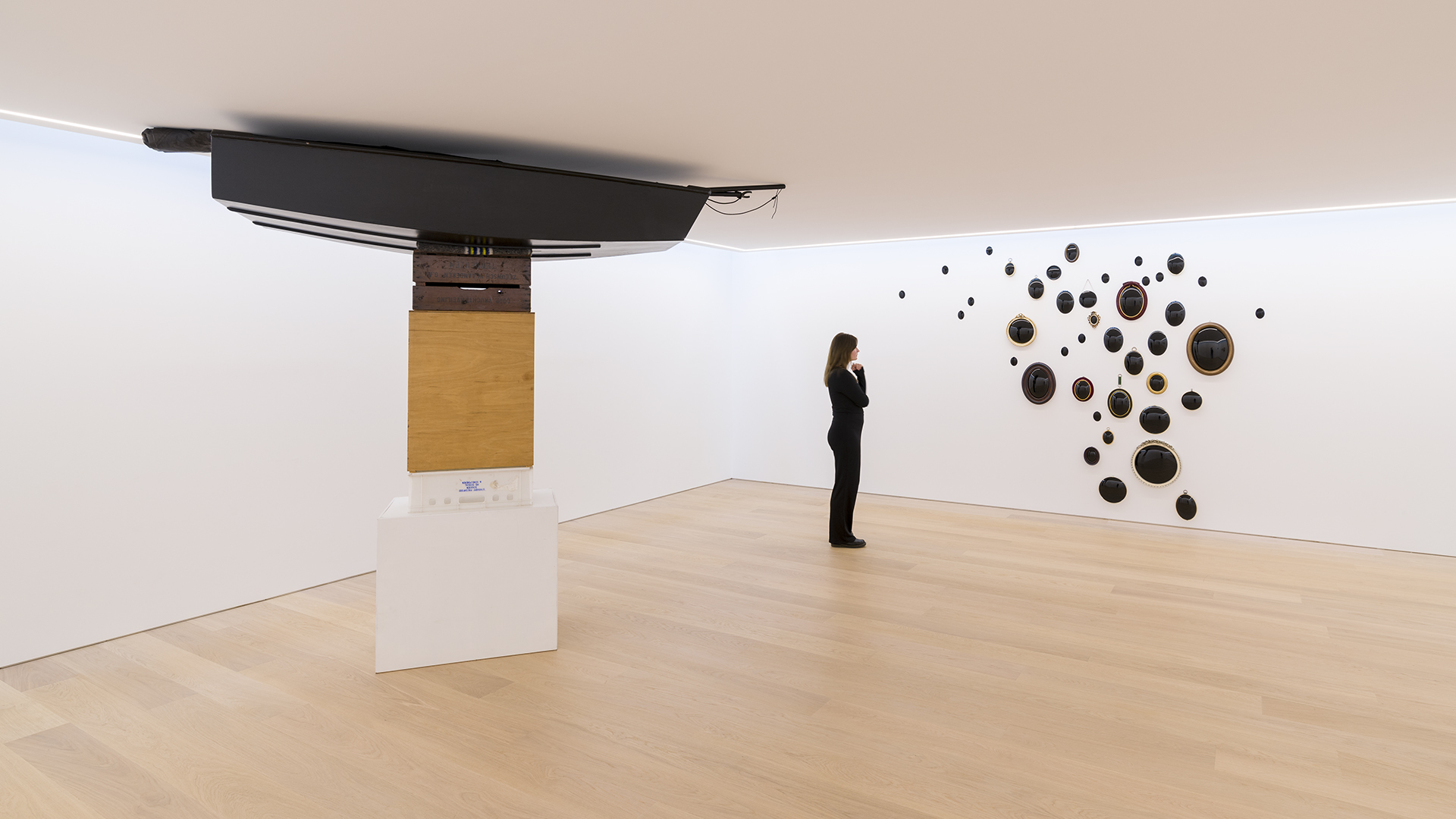 Tamara Dees (1971) grew up in Terneuzen, in the Dutch province of Zeeland, in a family of shipbuilders and mariners. As a little girl, she often walked along the quay, looking up at the ships moored there as they towered overhead. This planted the seed of a fascination with vast oceans stretching on to eternity, with enormous ships, and with the experience of being a small creature in a big world.

The Great Wave Off Kanagawa, an artwork by Japanese printmaker Katsushika Hokusai and the tsunami in Japan in 2011 supplied the starting point for Tamara’s work Momentum II: 41 convex black mirrors in antique frames combine to form the contours of the wave. Boats and ships also occur as materials in Tamara’s art, as can be seen in Monument. We see a stack of objects resembling a plinth, wedged between the floor and ceiling of the gallery. In 24 Years, Ink and Sea of Love, Tamara not only depicts boats but hides them from sight as well, like vessels disappearing over a distant horizon.  Flotilla no. 1 and Flottilla no. 27 reveals Tamara’s interest in scale. 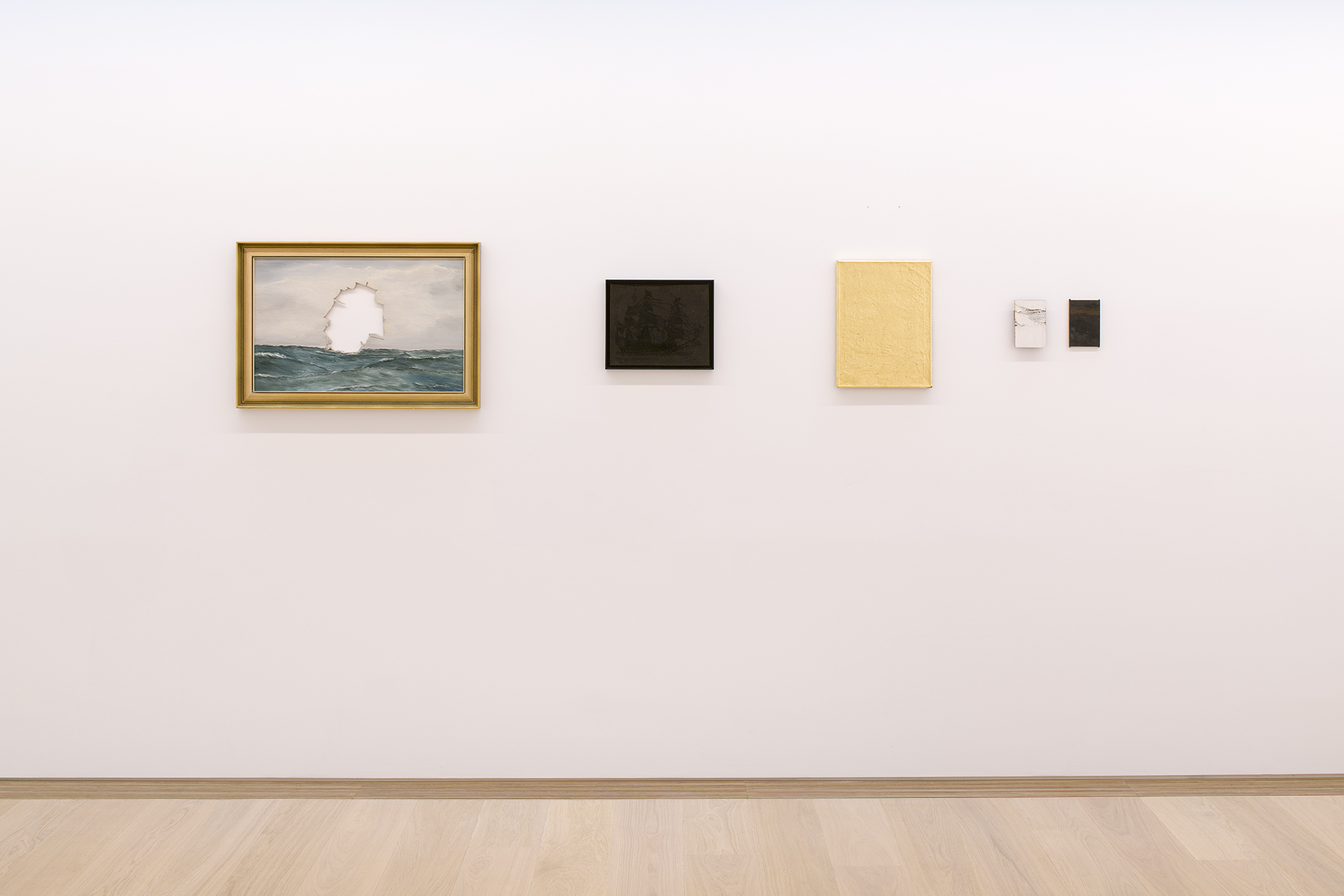 The works reflect Tamara’s personal exploration of the relationship between the world and her own being. In the process, she brings the vastness of the ocean together with the more modest human scale.

The presentation of Tamara Dees in the treasury of the museum can be viewed by appointment or during a guided tour until 3 May 2020.