In the treasury of the museum, Voorlinden shows the key work Nulpunt (2002) by Dave Meijer. 449 painted, colourful panels cover the walls of the museum’s secret exhibition space. Meijer’s work consists of a play of colours, lines and shapes, inspired by the daily environment of the artist from Zeeland. For the first time, the chamber is now accessible for guided tours. 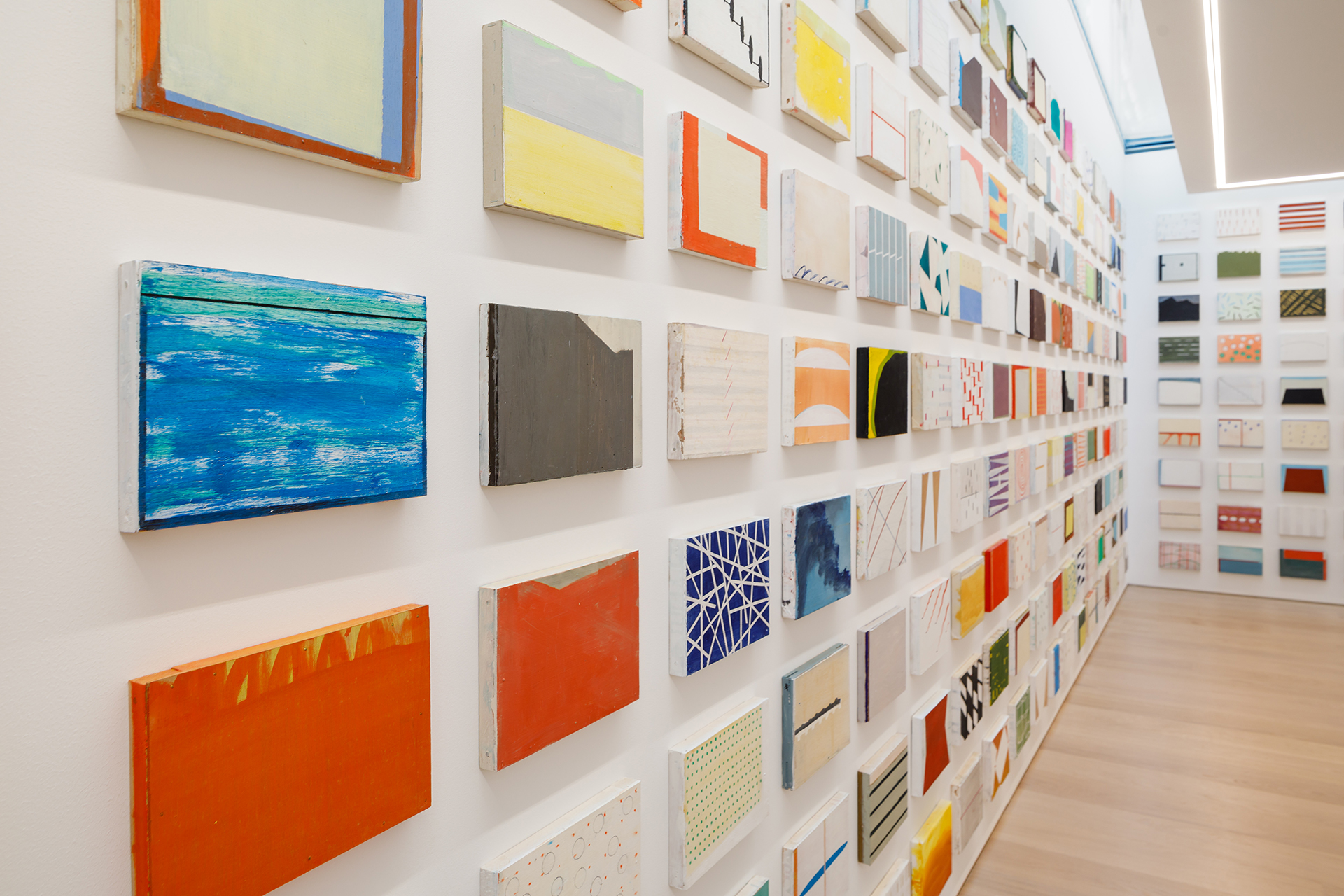 Dave Meijer is a painter in heart and soul, who endlessly searches for the ultimate image, distilled from reality. He paints what he sees, but also leaves out details. The landscape of Zeeland often forms the basis of his works. For example, he composed Nulpunt from panels measuring 18 by 25 centimetres. He regularly reworks a painting with a saw and a brush. Also, he does not only paint the front, but also other sides of the panel. While Dave Meijer allows daily reality in his work, he also shuts himself off from the world in his dark studio. This black cube has produced a work that is shown in Voorlinden’s white cube: a treasure trove that has the same size as Dave Meijer’s own workshop. 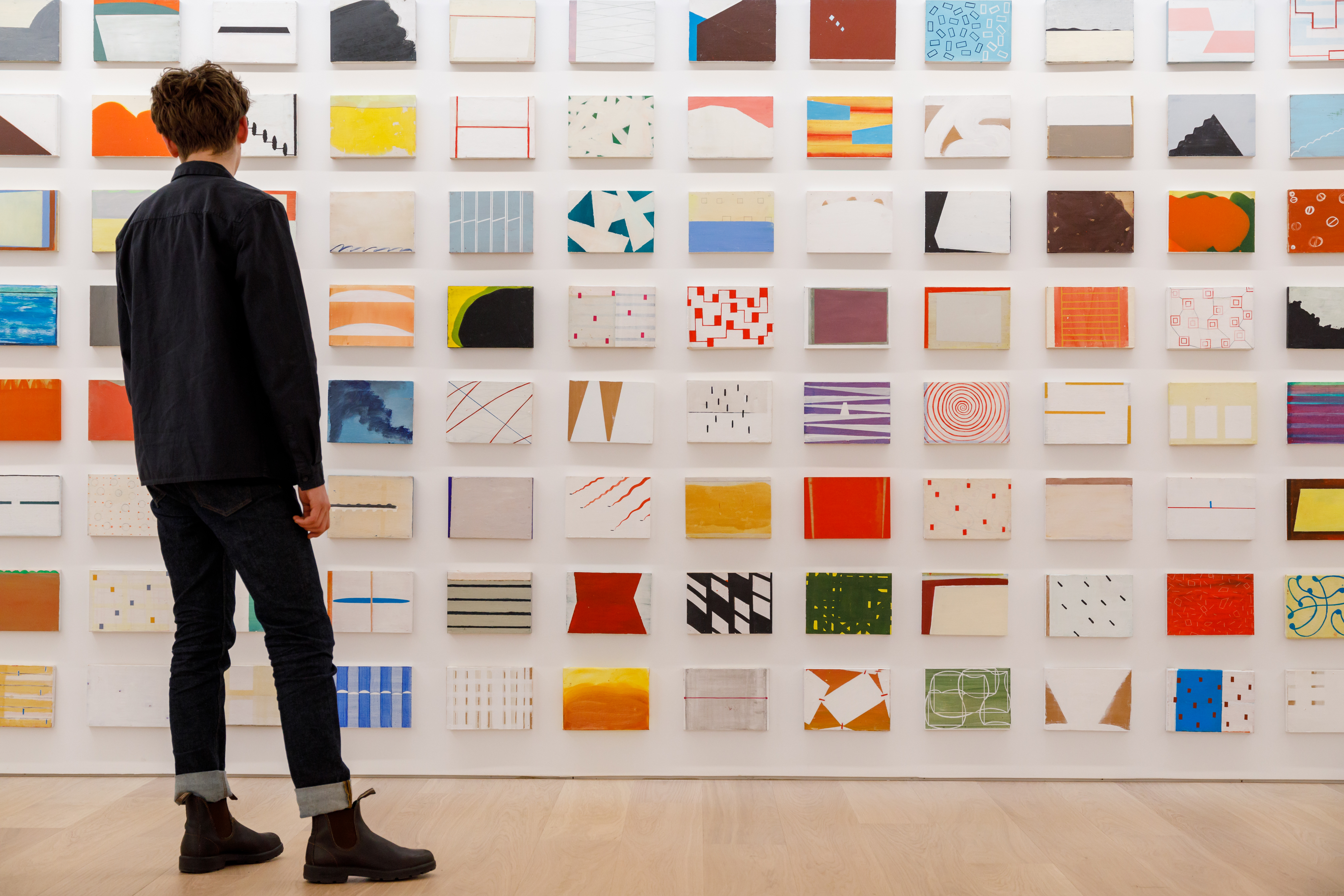 Nulpunt is a key work that brings together Meijer’s entire oeuvre. At the same time, it leaves room for what is yet to come. The series consists of 450 parts – derived from the multiplication of the dimensions of his panels – minus one, so that the work is never completely ‘finished’. As if they were chess pieces, he puzzles with the parts in order to give them a place in the big picture. All the elements in the series show similarities: not only in their dimensions, but also in the apparent simplicity of their forms. Yet each canvas is different. Visit the treasury during a guided tour and discover the variety of colours, lines and structures.

‘Nulpunt feels like a peek into the painter’s brain. At the same time, it is a view of the world.’ – director Suzanne Swarts 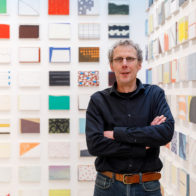 Dave Meijer (1955) was born in Souburg, Zeeland. He lives and works in Goes.

‘Everything, every drop I wanted to squeeze out of that one work… It had to be an installation like my universe, a grand beginning, a foundation from which I could distil new things over and over again.’