A presentation of work by artist Rodney Graham (Canada, 1949) is on display at Voorlinden. Rodney enjoys stepping into the shoes of various characters, like here in Vacuuming the Gallery.  For Rodney, making this enormous light box also provided a reason to create a new series of paintings. These paintings are on display too at Voorlinden. This exhibition runs until 8 May 2022. 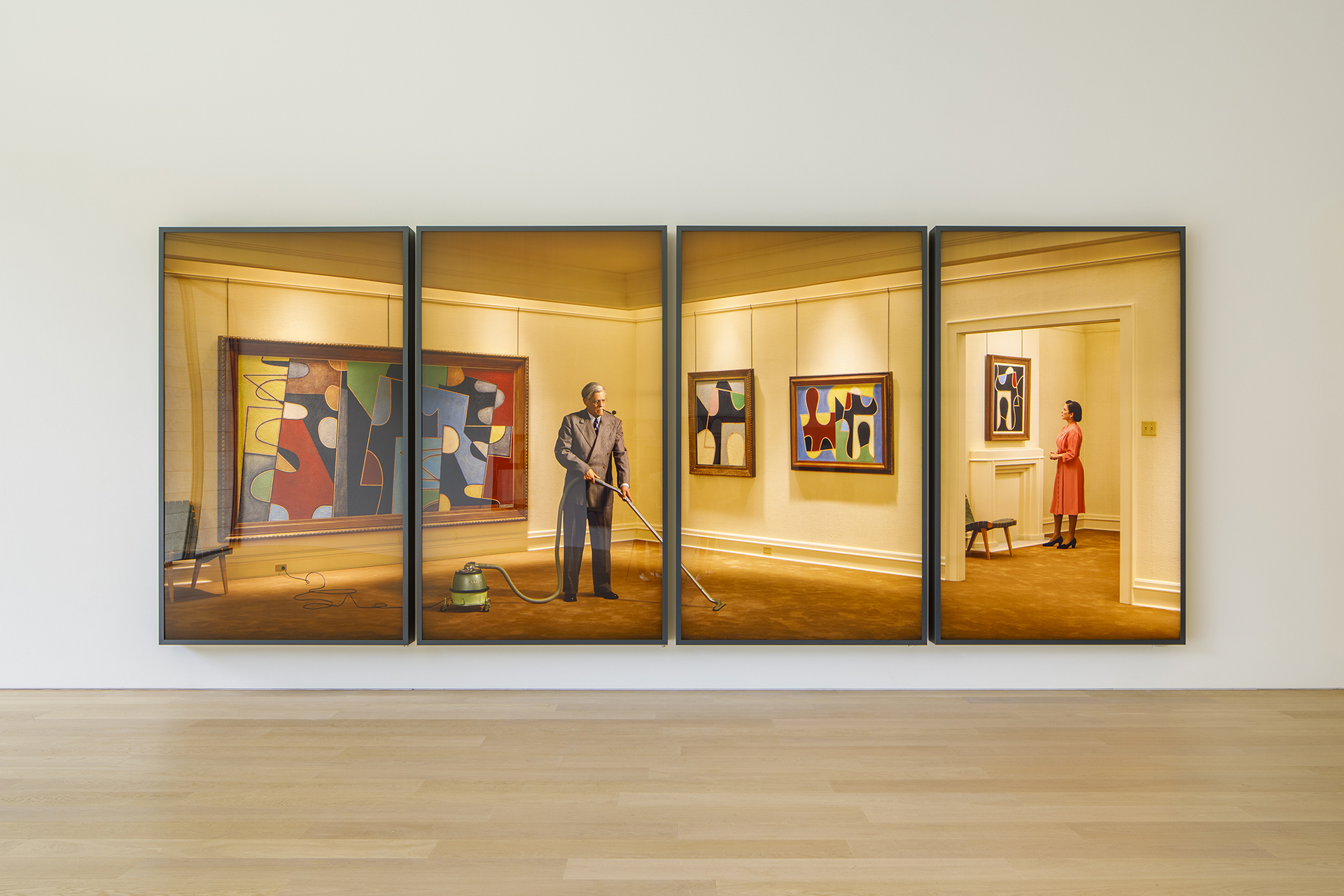 In his photos, films, paintings and sculptures, Rodney refers to and manipulates the work of other artists as a means of exploring and interrogating his own artistic identity. The light box is based on a 1949 photograph of New York gallery owner Samuel Kootz, in which he appears in his gallery, smoking a pipe while surrounded by works from Pablo Picasso (1881-1973). This was long before the era of the ‘white cube gallery’, back when galleries still had the domestic air of a private apartment, complete with decorative mouldings and carpeted floors. In his studio, Rodney recreated the interior like a film set, complete with props, reconstructing a gallery from the late 1940s down to the smallest detail. 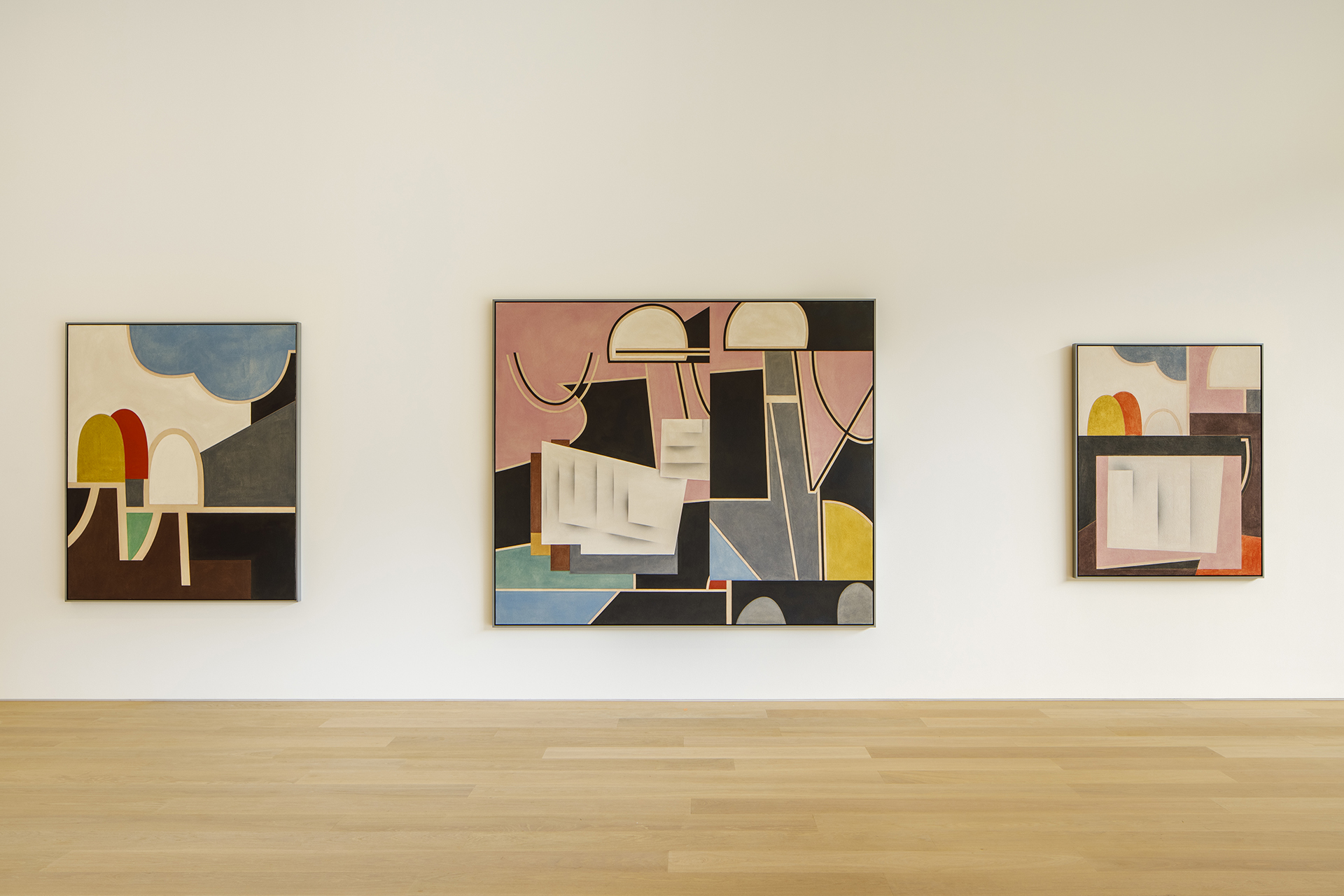 The abstract paintings on the wall were made by Rodney himself. Their formal language is based on a 1941 watercolour by the Russian artist Alexander Rodchenko (1891-1956), while the colour palette was inspired by Pablo Picasso’s works. Rodney did not begin painting until later in life; he considers painting to be a phase he initially skipped in his career. For Rodney, making this light box also provided a reason to create a new series of paintings. The paintings in this gallery are the result of those efforts: like Picasso and his contemporaries, Rodney has used sand to lend texture to the works. His staged images have a strong narrative component. They document extended moments in time in which past and present, fiction and reality flow together.