From 30 September 2017 to 7 January 2018, museum Voorlinden presents a duo exhibition featuring the artist couple Shio Kusaka (1972) and Jonas Wood (1977). It is their first two-person exhibition in Europe. Jonas Wood, an American painter from Boston, and Shio Kusaka, a ceramic artist from Japan, live and work in Los Angeles. Voorlinden would like to introduce the Dutch public to these artists, who are both celebrated in the United States. 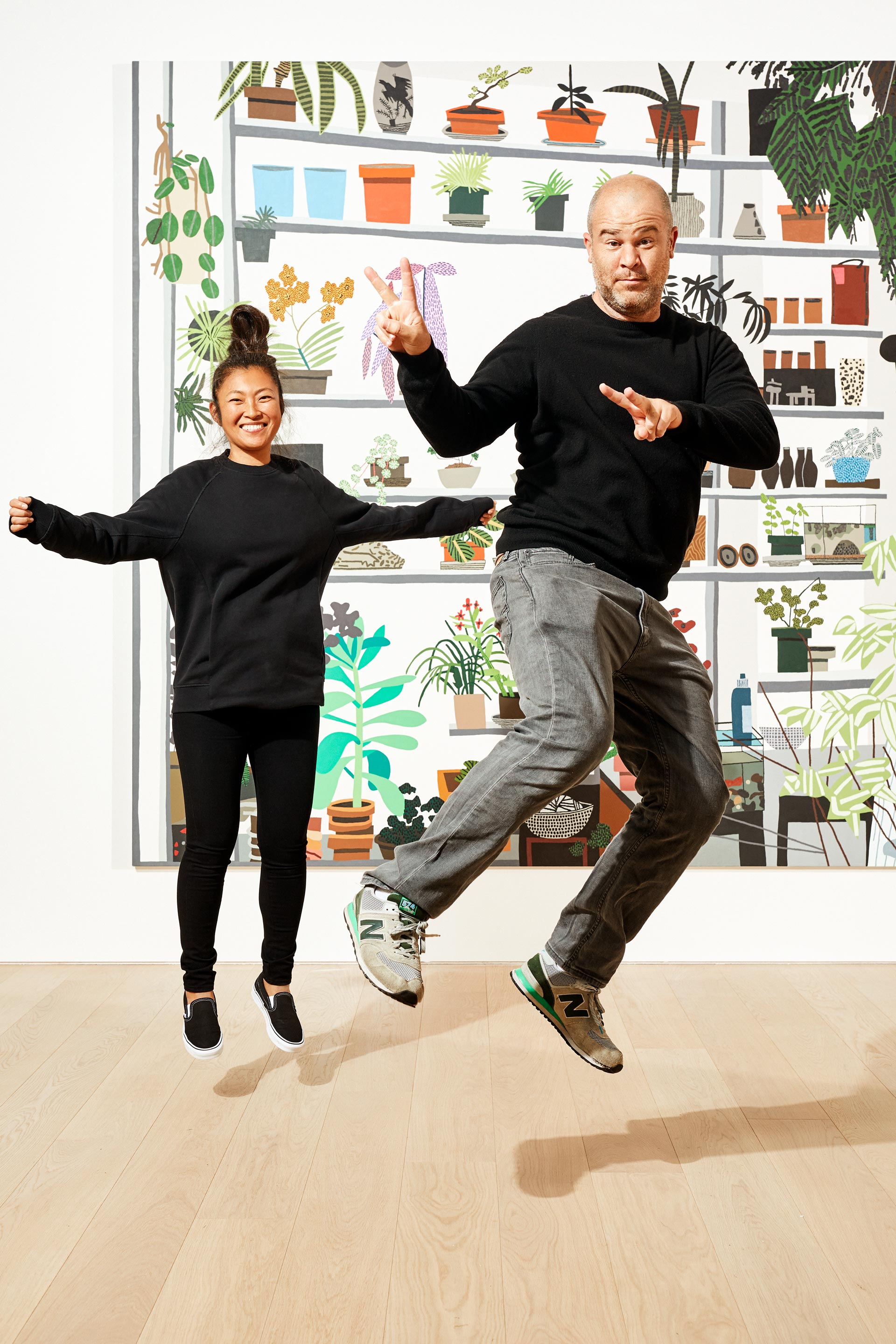 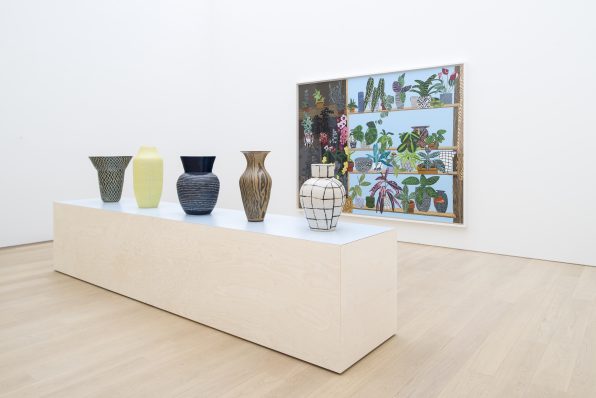 Although Shio Kusaka and Jonas Wood work independently, their mutual influences are palpable. This is hardly surprising: they not only live together but also share a single studio. Their art is as intertwined as their lives.

Shio Kusaka’s work consists of elegant pots and vases in all shapes and sizes. It reflects diverse influences: traditional Japanese techniques, for instance, but also the geometrical patterns of contemporary artists such as Agnes Martin. Jonas Wood’s paintings of plants and interiors blur the lines between figurative and abstract art. The recognizable, distorted perspectives in his plant still lifes and portraits testify to influences from areas of art history as distinct as cubism, pop art, and artists such as David Hockney.

The mutual influences are immediately apparent in Jonas Wood’s paintings of Shio Kusaka’s pots and objects, which in turn borrow patterns from his work such as elements of sport and everyday shapes. What we see is a constant visual dance and an ever-evolving interaction between subject and object, between observer and observed. When we look a little further, we also see a mutual fascination with geometry on the one hand and imperfection on the other. While his perspectives are always slightly askew and his shapes two-dimensional, her pots and vases are seldom symmetrical or entirely round.

Hierarchy and history play no role, and who originally came up with an idea is irrelevant: ideas mix and enter into dialogue. The exhibition is a voyage of discovery through the colourful, eclectic world of Shio Kusaka and Jonas Wood, in which the distinction between high art and popular culture is swept aside. 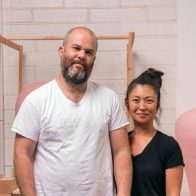 From 30 September 2017 to 7 January 2018, museum Voorlinden presents a duo exhibition featuring the artist couple Shio Kusaka (1972) and Jonas Wood (1977). It is their first two-person exhibition in Europe.

‘A duo exhibition of this couple’s work is as a pas de deux. When you see their artworks together you feel the dynamic energy between them and the symbiotic way in which they come together. It is a visual play of motifs, shapes, patterns, and colours: a feast for the eye.’ – director Suzanne Swarts 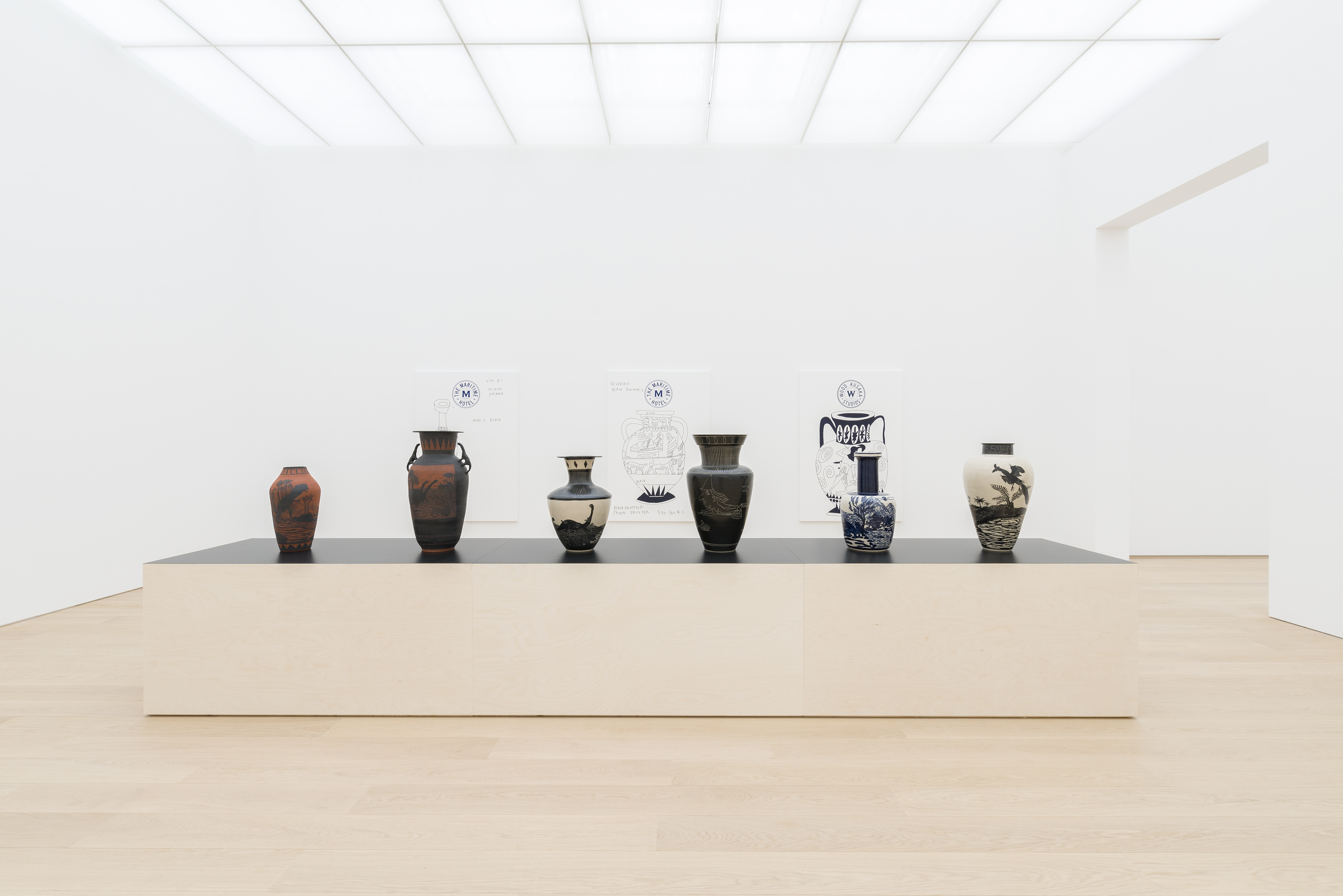