Museum Voorlinden proudly presents the first-ever European retrospective of the work of American painter Wayne Thiebaud (1920). Famous for his mouthwatering depictions of cakes, ice creams and hot dogs, Thiebaud has placed the American everyday life at the core of his artistic practice. Voorlinden brings together around sixty of his works from 1961 to 2018. 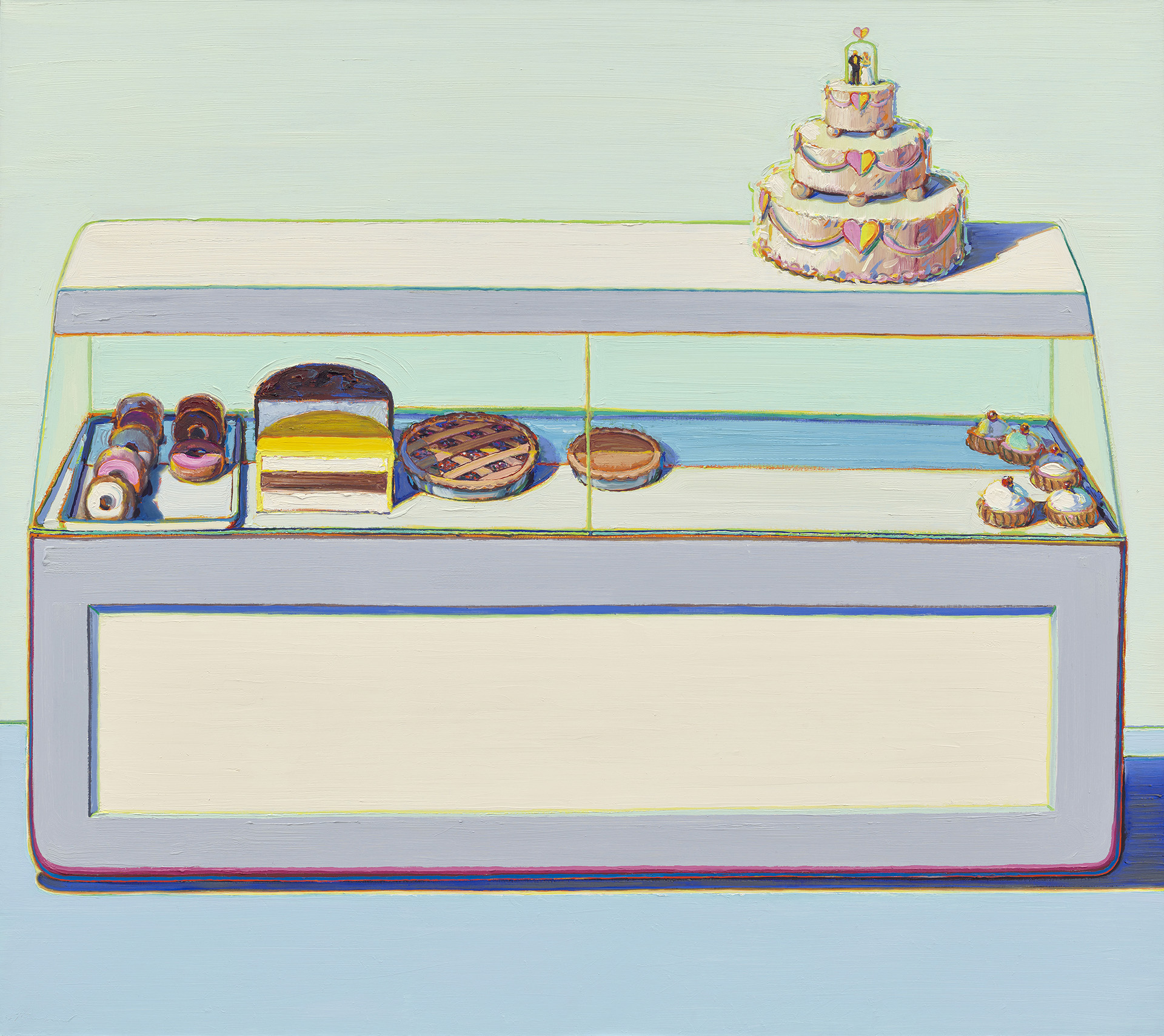 Wayne Thiebaud’s paintings of cakes, people and landscapes are created with the utmost care, with subjects often set in isolation on the canvas in clear compositions, glistening colours and a thick impasto. His cakes are especially well-known. Their layers of pasty, glazy paint nearly make their deliciousness palpable, giving rise to the delirious urge to simply lick the frosting off the canvas. Thiebaud calls this technique ‘object transference’: essentially bringing an object onto the surface, almost creating sculptures out of paint. His colour schemes are remarkable too. Pastel shades and bright colours go hand in hand and shadows aren’t merely dark shapes, but rainbows, nearly aureolas of colour. 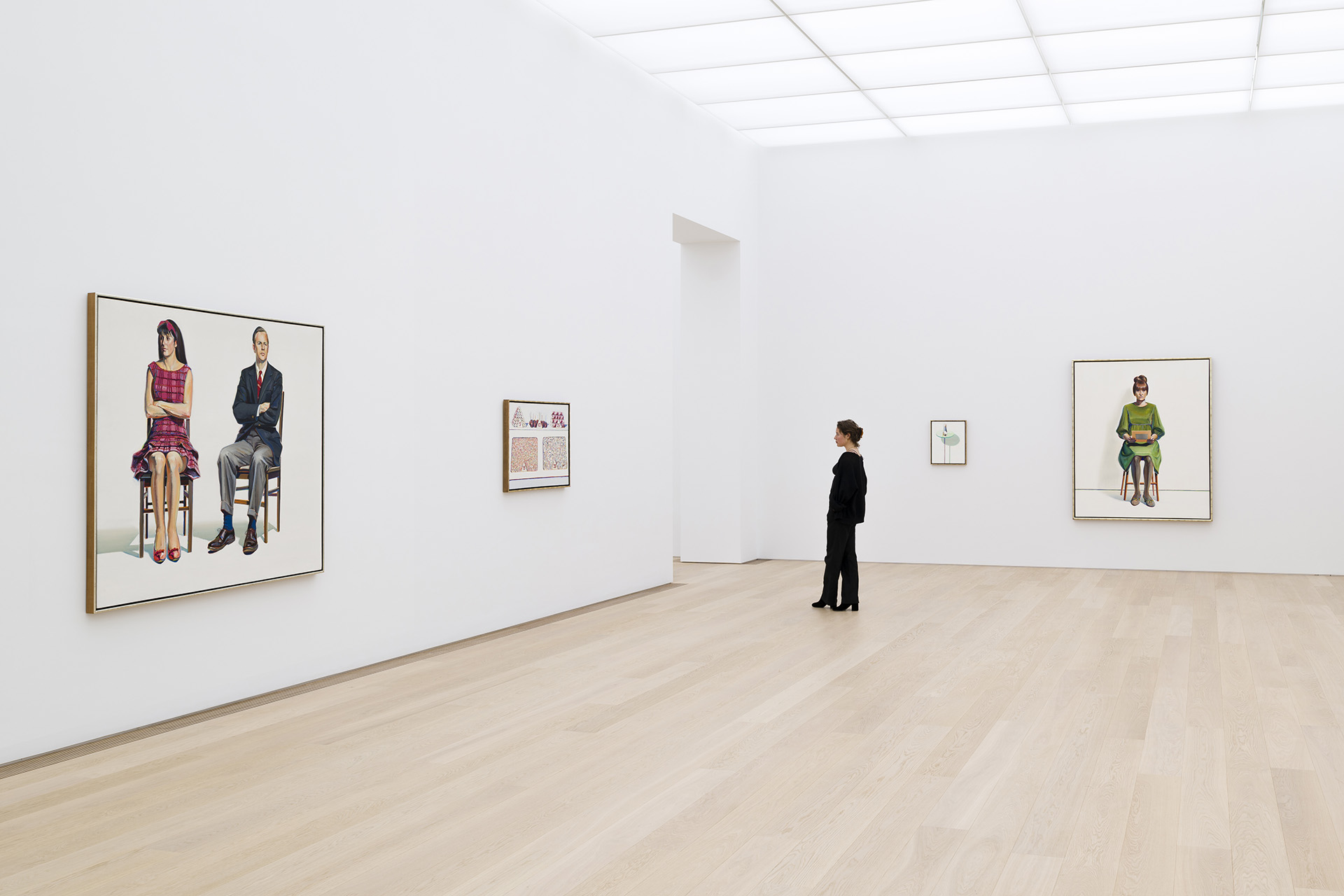 Because of his many depictions of everyday objects, Wayne Thiebaud is sometimes associated with the pop art movement, which emerged during the early years of his career. But today, at the end of his career, it seems that such a label falls short in characterising the painter’s distinctive style. Whereas members of this movement draw inspiration from mass media, Thiebaud paints on the basis of his own memories, and his loose brush strokes are miles away from the mechanical, hard-edge reproductions by artists like Andy Warhol. Wayne Thiebaud, rather, is a born painter who stands on the shoulders of modern masters like Edward Hopper and Paul Cézanne. He also says he has always harboured an admiration for classical painters such as Johannes Vermeer and Diego Vélazquez.

‘Wayne Thiebaud’s cakes seem to jump off the canvas, as if you can just reach out and eat one. This is painting at its most delicious.’ – director Suzanne Swarts 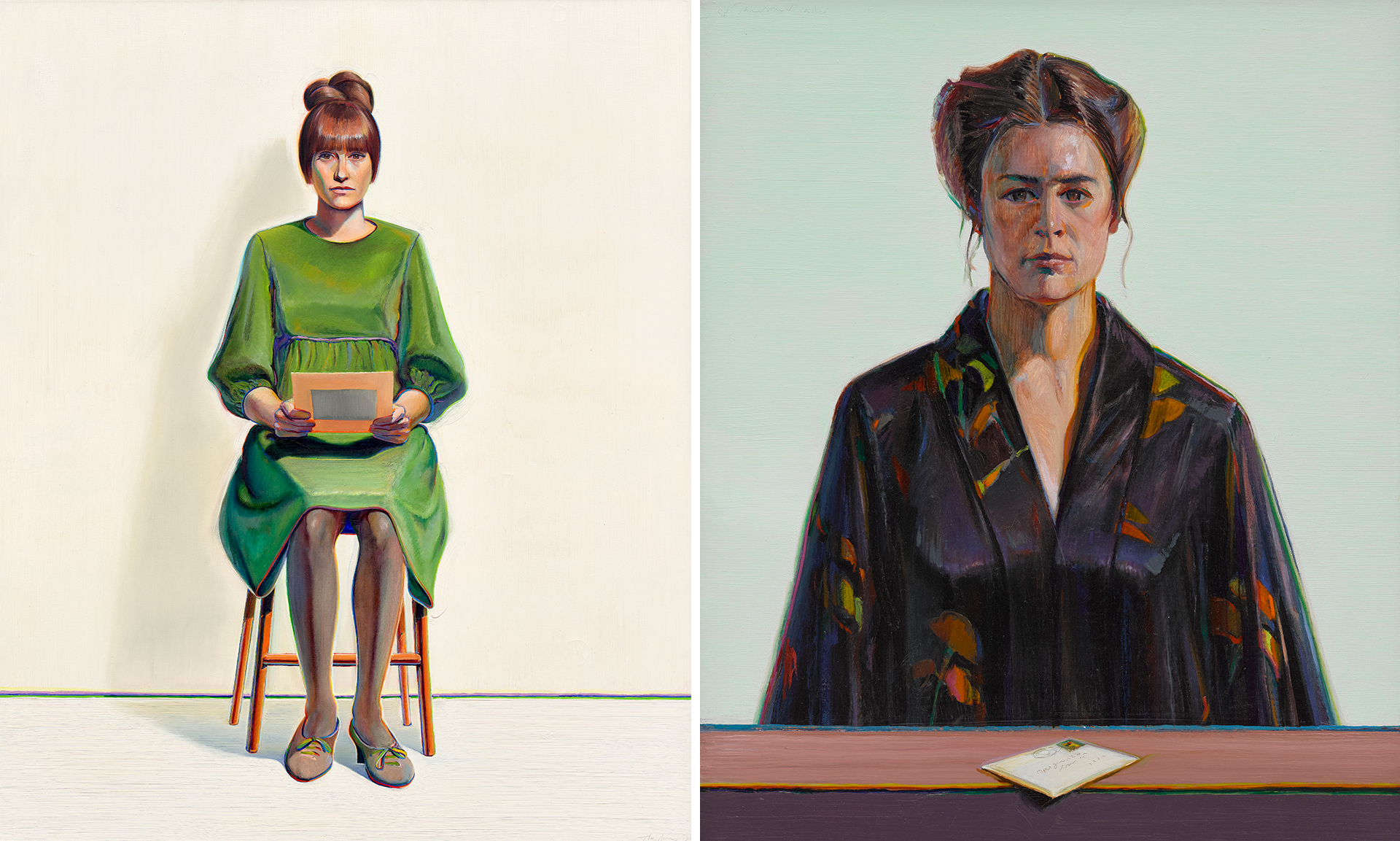 Wayne Thiebaud’s well-known still lifes of cakes and hot dogs are put into dialogue with his portraits and landscapes. His depictions of people – he prefers to call them figures rather than portraits – exist, like his still lifes, in an isolated open space, emphasising the painterly impressions of the objects. Wayne Thiebaud’s landscapes reflect the sentiments of his earlier works in their alluring way of using and combining colours and their distinct sense of composition. Rivers and mountains abruptly cross or cut off the frame through the use of daring viewpoints with a dizzying effect. As such, the fruits of Thiebaud’s rich career continue to surprise the onlooker with new insights and perspectives. This first European exhibition will be an homage to an artist who dedicated his entire life to painting. 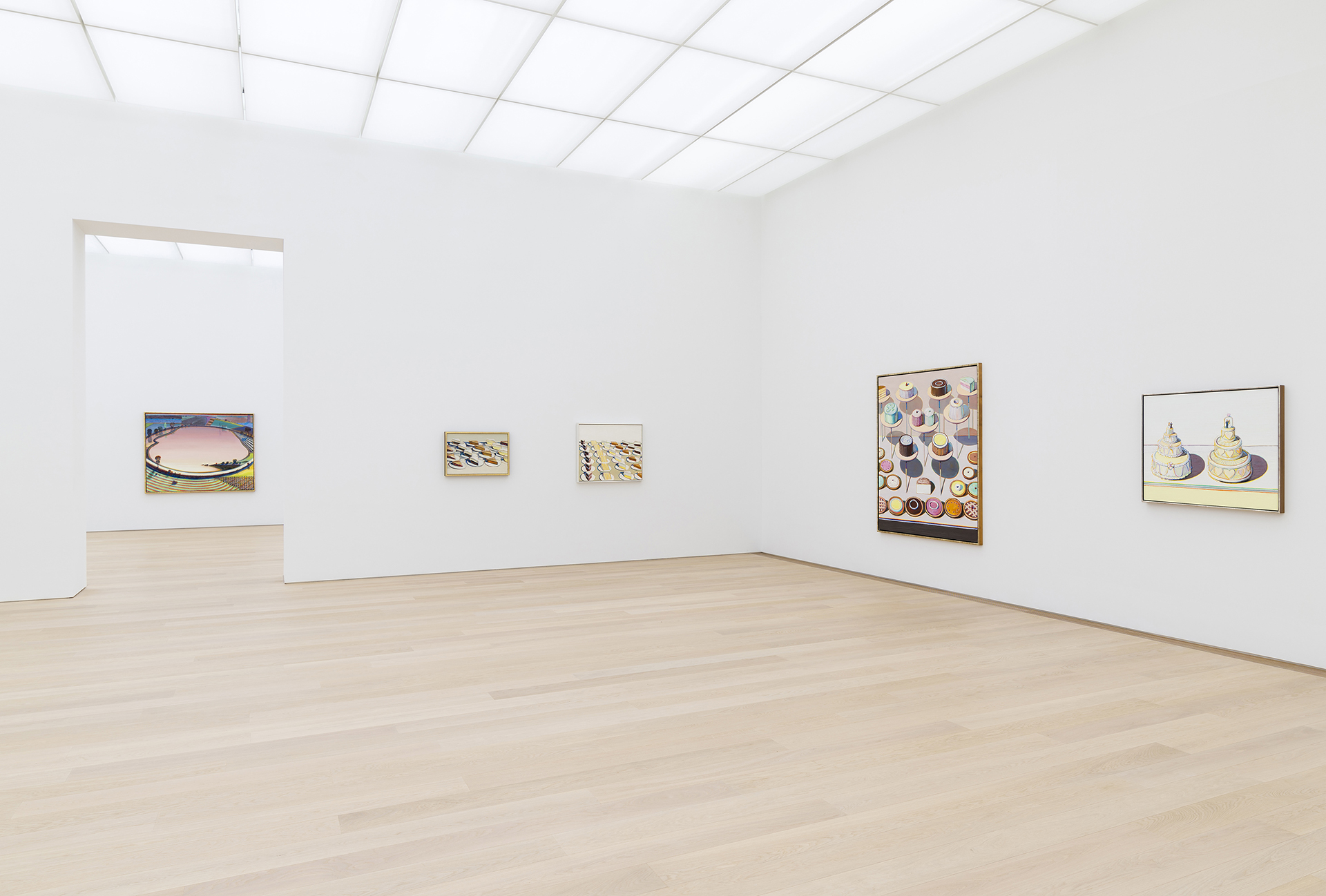 This exhibition is the final part of American Season, a series of three exhibitions bringing together different sides of American art history. The series started in the autumn of 2017 with a presentation of the emerging talents Shio Kusaka (1972) and Jonas Wood (1977), followed by a solo exhibition of the renowned sculptor Martin Puryear (1941). The current show will be accompanied by a catalogue comprised of in situ photographs of Wayne Thiebaud’s works. Voorlinden is the first European museum to organize an exhibition around the artist. Also, it is the only Dutch museum to own some of his paintings. In this way, the museum continues its effort to shine light on artists who have a strong tie to the collection. 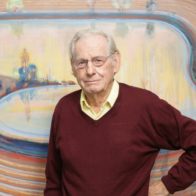 Wayne Thiebaud was born in 1920 in Mesa, Arizona. He lives and works in Sacramento, California.

‘In the shadow all the light happens.’