During the 17th century, various country estates were established around The Hague – Voorlinden among them.

In the 18th century the estate is inhabited by the Portugese banking family Lopes Suasso. The mansion was situated on the left of the current driveway, near the greenhouses and service housing.

When esquire Ir. Hugo Loudon (1860-1941) acquired Voorlinden in the year of 1912, he commissioned the construction of the current mansion, designed by British architect R.J. Johnston. The surrounding gardens with their characteristic geometrical divisions and brick terraces are also conceived by Johnston.

In this same period, Leonard Springer (1855-1940) reorganised the landscape park to reconnect the estate with the new mansion. His plantation of indigenous trees and exotic plants still marks Voorlinden’s nature. 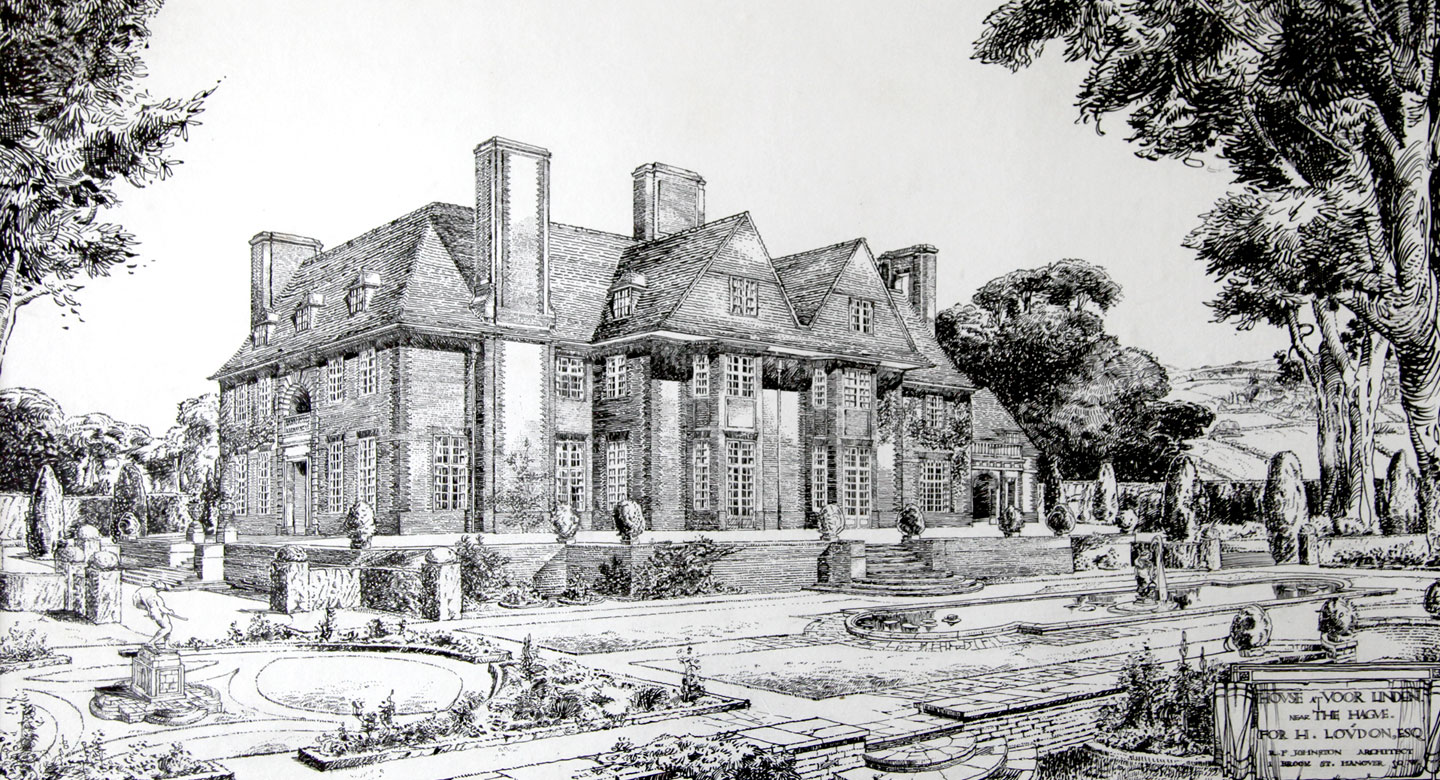 Around 1913 Leonard Springer plants both indigenous and exotic at Voorlinden. The non-indigenous trees are planned on particular sightlines in the park, along the paths and on the porders of the open field. Some of these peculiar trees still adorn Voorlinden today, such as the taxodium along the driveway and the catalpa and the silver maple in the northwestern woods. 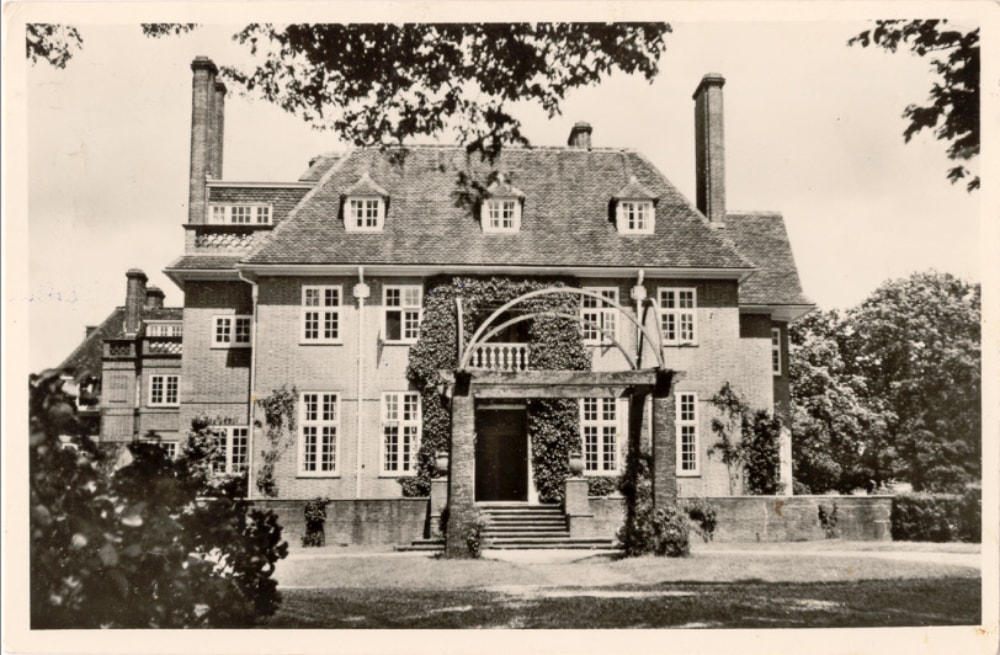 In 1950 Voorlinden is owned by the Dutch Post, Telegraph and Telephone company. The country house was used as a training centre. Employees lived here as residents.

The country house, the gate at the entrance, the stables and the double service houses at the Voorlinden estate are national monuments.

Lezing: The making of GROUND