The woods, dune meadows and dune areas are freely accessible for walks on the paths.

Discover the rich nature of Voorlinden. An unpaved path leads through the forest and the dunes and eventually returns to the museum. From the highest dune you can see the North Sea on a clear day. The walk takes about 45 minutes. View the map of the estate here.
Dogs are also welcome, if kept on a leash, considering game and birds. Do not leave dogs alone during a visit to the museum or restaurant. 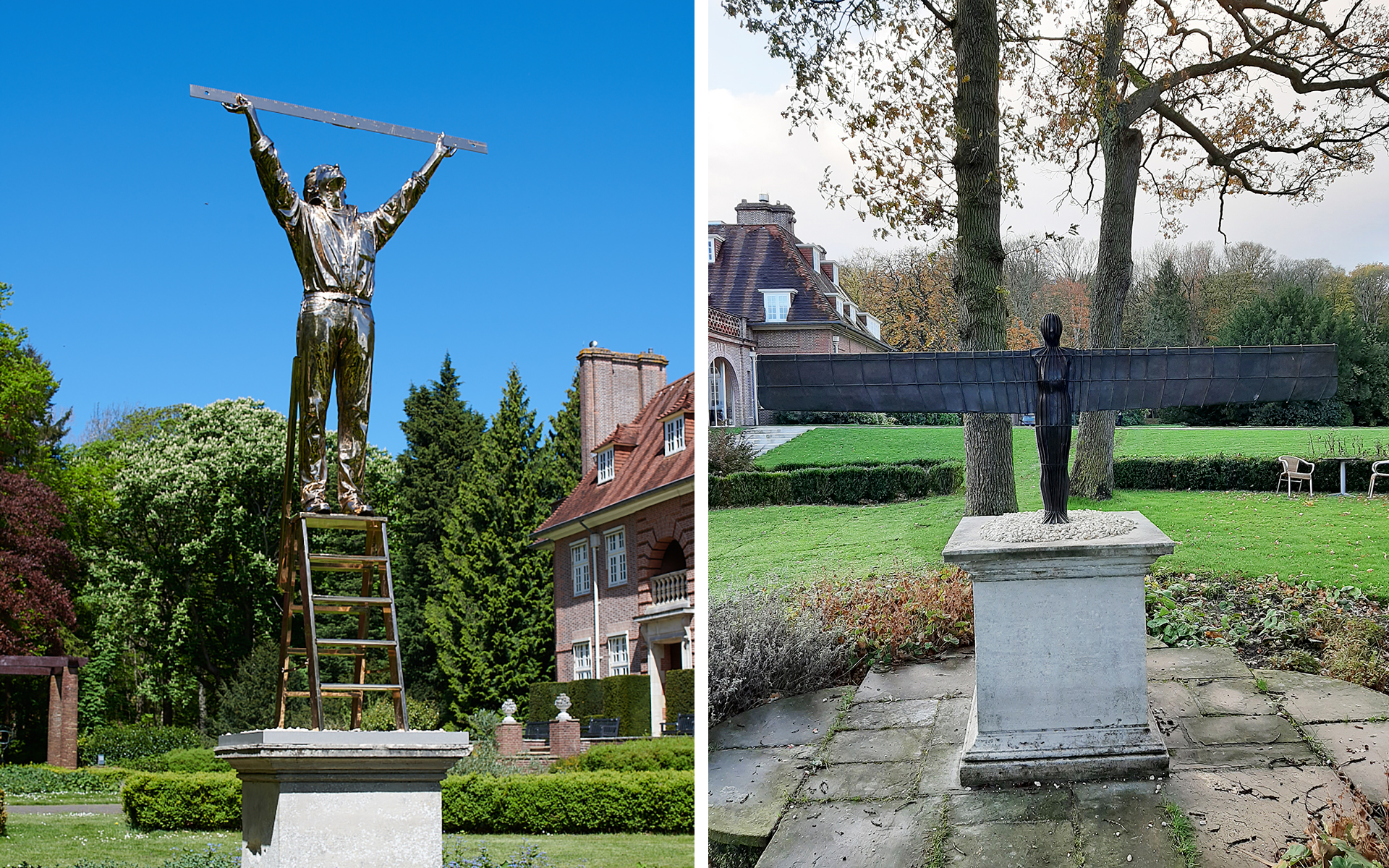 You can enjoy three new statues on the grounds of Voorlinden.

Jan Fabre
We see a man on a small ladder trying to measure something in the sky. The title The Man Who Measures the Clouds (1998) refers to the legendary Birdman of Alcatraz, Robert Stroud, who stated on his release from prison that from then on he would ‘measure the clouds’, and invites us to think about the role of the artist in society. The work can be seen as a ‘metaphor for the artist who tries to capture the impossible in his work’, according to Jan.

Antony Gormley
This abstract angel called Angel of the North (1995) is a prototype of the twenty times larger version that adorns the panoramic landscape in the north-east of England. Although this sculpture is a lot smaller, it is impressive in its own way. The angel appears to be a fusion of a human figure with an aerodynamic aircraft. He is ready to detach himself from the earth. 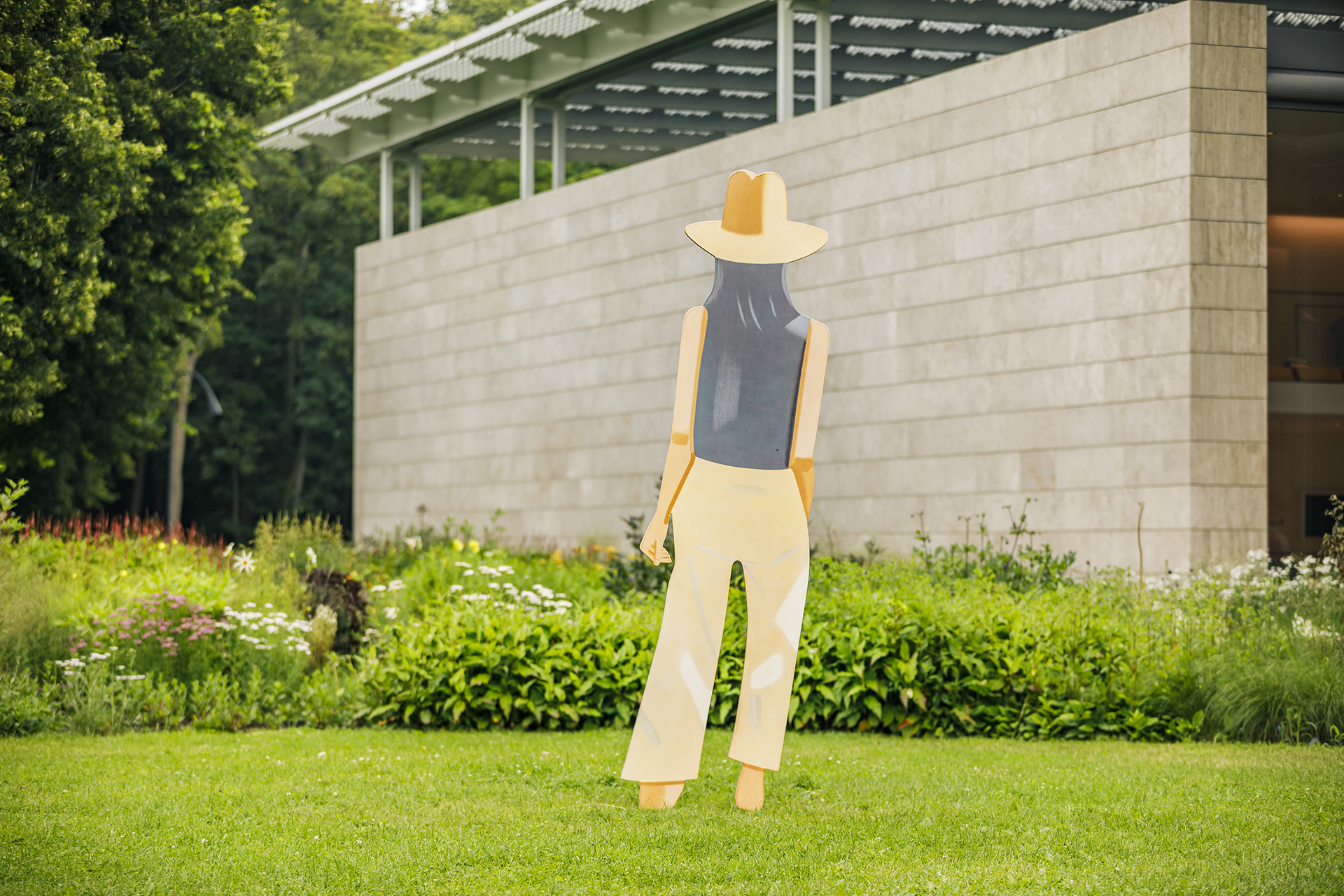 A human figure by artist Alex Katz called Park Avenue Departure (2019) looks at the Piet Oudolf garden. Alex explores perception in his work by depicting human figures in his paintings and on cut-outs like this, which he has been making since 1959. His recognisable style of vivid colours and a flat, austere aesthetic can also be seen in this figure.